Africa had long been the source of slaves dating back centuries. The Egyptians and Romans are but two of the earlier civilizations to utilize slaves from Africa.
The first slave ship arrived in Louisiana in 1719, with a handful of Africans. 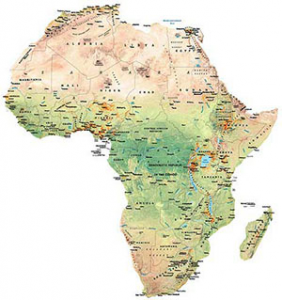 African slaves were a perfect choice, with specific skills in growing rice and ingidgo and experienced with cultivating swampland. They came mainly from the Senegambia region of Africa.

In 1726 the census recorded over 2,200 whites and 1,300 black slaves in Louisiana. By 1745 the number of slaves had risen to four and a half thousand, outnumbering the white population.

For many years the local indigenous people were also kept as slaves and the two cultures formed an alliance and some relationships here contributed to the first Creole generation.

The Africans were strong, able-bodied men and women taken brutally from their families, ripped away from a peaceful village life and thrust into unfamiliar surroundings with often hostile traders and masters.

Apart from those bound in slavery, there were many free men of color, mainly living in the New Orleans area. Most of these were scholars, business men and even slave owners.

It was only towards the end of the last century that they have truly gained their freedom, although education and prosperity still eludes many.

Although the Africans may have less than a handful of world famous Louisiana citizens, they have contributed more than most towards the prosperity of the state. They fought alongside Andrew Jackson in the Battle of New Orleans and in many foreign wars over the years.

The French settled in the Acadia region of Canada in the mid 16th century, long before the English gained control in 1710. 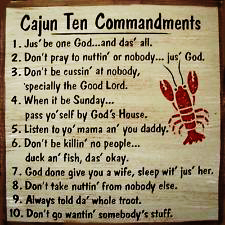 From around 1764, following the British victory in the seven year war (1756 - 1763) the French settlers were expelled from Acadia and started to colonize parts of Louisiana. By the middle of the 18th century, they had become a major force in shaping the future of the state, yet they retained their French culture and language. Over the years, the name Acadian became shortened to Cajun.

Early communities mainly worked on the land, tending their own small farms. A very small percentage owned plantations with slaves.

At the turn of the 20th century, the term Cajun, was regarded as derogatorily slang, but throughout the 1900s the Acadian decedents delved into their rich heritage and placed themselves firmly on the Louisiana map. In 1980 the US government officially recognized Cajuns as a federally protected minority.

The word is derived from the Spanish word Criolla, first used by the Spanish to describe a person of Spanish parents, born in any of the Spanish colonies. This term then extended over the years to include further generations, where the bloodlines were not so pure. The definition evolved even further and today, relies heavily on the ancestry of the individual and their own interpretation of the word.
The Creole population in Louisiana is almost entirely based around New Orleans and a few local parishes.
The French introduced Roman Catholicism, which is still the predominant religion in Creole societies.

There is often confusion between Creole and Cajun, the latter being almost purely descendants of the original Acadian French.
The French Creole language spoken today has influences from English, Spanish, Native American and African languages.Creole cooking is very similar, yet different enough to stand apart from Cajun food.

Both have their origins in European folk, with a distinctive sound, derived from traditional instruments such as guitar, fiddle, accordion, 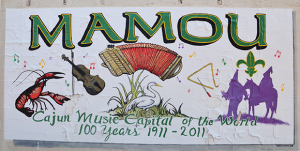 banjo, drums and bass.
Although the accordion was first introduced to the area by German immigrants in the mid 1880s, it was not until the early 20th century that the instrument was adapted to play the keys of C and D and then fully integrated into Cajun music.
Mamou is the self-declared Cajun music capital of the world, a title which is well deserved. Every Saturday morning there is a live broadcast on local radio station KVPI from the bar of

Fred's lounge in the center of town where the bands start playing from 9am. Other bars in town, such as the Cazan Hotel, also host live music
There is a thin line defining the difference between Creole and Cajun music. They both share the European Folk origins and although influenced by the African beat, swing, jazz, blues and funk of Louisiana, the style and interpretation can be very different.
Notable Creole musicians include Clifton Chenier, Boozoo Chavis, Lil Malcom, Nathan Williams, Beau Jocque. Queen Ida, Nathan Williams, Amédé Ardoin and Dennis McGee.
Alan and John Lomax went out into the fields of Louisiana and recorded Creole musicians in 1934, the lively vocals were accompanied by fiddle, accordion and plenty of clapping, humming and foot stomping.
The music is based around social events such as weddings and birthdays, but little excuse is needed to put together a Creole dance, where the lively songs are enjoyed by all ages.
Zydeco mostly refers to Creole accordion music, but can also apply itself to Cajun. Over the last couple of decades the two have almost melded into one as reflected by the many Zydeco, Cajun, Creole events taking place across the United States. 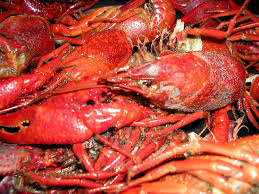 Take a handful of traditional French and Spanish recipes, season with African spices and indigenous knowledge, simmer for a couple of centuries and you arrive at today's wonderful array of Southern cuisine.
The mention of Cajun and Creole food will conjure mouthwatering notions of jambalaya, boudin and gumbo.
The humble crawfish features in a lot of Cajun recipes such as stuffed beignets, crawfish etouffée and Cajun style boiled crawfish.
Crawfish are often referred to as crawdaddies, mud bugs and crayfish. There are at least two dozen varieties found in the state, breeding naturally in bayous or cultivated on farms.
You will also find a lot of shrimp, crab, alligator, pork, chicken, beef, deer, turkey, duck and other wild game. Common accompaniments to the main dish will be beans and rice or enjoyed as a meal on their own.

Boudin: This is a sausage, not unique to Cajuns but is heavily featured in their diet. There are many varieties, depending on the ingredients.
Jambalaya: This is an evolved version of Spanish paella, a mix that mostly includes rice, meat, sausage and vegetables with infinite Creole and Cajun variations.
Gumbo: Often described as gravy, stew or soup containing rice, seafood, sausage and vegetables and most importantly, thickened with a roux. This is another dish that has its origins in the mixed cultures of Southern Louisiana.
Courtbouillion: Traditionally a rich stock made from water, wine, onion and possibly carrot and celery with seasoning. This is then used for poaching fish, seafood and other main ingredients.
Beignets: Louisiana donuts or deep fried fritters, they are often stuffed with fruit, seafood or whatever grabs the imagination.