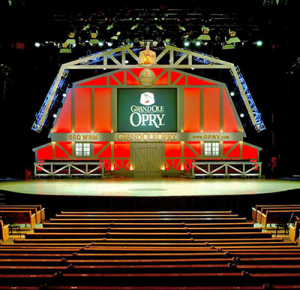 To many people the city of Nashville and country music form a seamless, inseparable bond. However, this is a fairly recent marriage, considering the city's history.

Founded in 1779 and named after the American Revolutionary War hero, Francis Nash, the small town expanded rapidly, being incorporated as a city in 1806.
Nashville was rocked during the Civil War, being occupied by Union troops from 1862 until the war ended. The Battle of Nashville ( December 15–16, 1864) gave victory to the Union, after General John Bell Hood marched his 30,333 strong, Army of Tennessee, to the southern reaches of the city, only to be driven back by the Union Army. but with an estimated combined loss of life of around 2,500.

The city expanded rapidly over the following century, with clubs and venues offering live country music and jazz. The 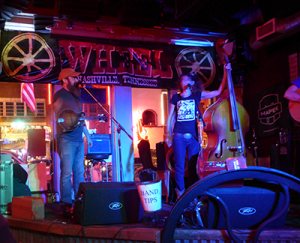 Grand Ole Opry with its live broadcasts placed Memphis at the heart of country music and the Country Music Hall of Fame served to endorse that.

The city is also a prominent center of industry and commerce with many blue chip companies such as Dell, Bridgestone, Gibson Guitars, and Dollar General based there. Nissan have their largest manufacturing plant in North America based nearby in Smyrna.

Nashville politics are very much in the Democrat camp and the religious bias is predominantly Christian with the Southern Baptists claiming the largest following.

Nashville is one of Tennessee's busiest tourist attractions, drawing visitors from all over the world to enjoy the multitude of live music venues. Although Country Music is the star attraction, you can enjoy excellent blues, rock, rockabilly, bluegrass and even jazz.