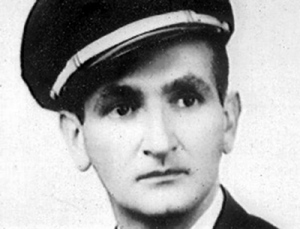 Born into a Roman Catholic family on March 28, 1918 in Cleveland, Ohio Ferrie entered the St. Charles' Seminary , Cartagena, Ohio, to study priesthood. He left there in 1944 to become a pilot.

Over the following decade his sexual preferences lead him to being arrested on a couple of occasions, yet he continued to work with the Civil Air Patrol, meeting up with Lee Harvey Oswald in 1955. Ferrie was 37 and Oswald 15.

Ferrie looked strange to most people, suffering from alopecia, he was void of body hair and sported a red wig and false or drawn on eyebrows.

Guatemala on the order of Robert Kennedy, it is believed that Ferrie piloted his return flight.

On November 22, 1963 Ferrie drove to Houston and then on to Dallas. He received a call from W Wray Gill to say that the Dallas Police had found his library card in Oswald's possessions.

In 1966 the headline seeking District Attorney of New Orleans, Jim Garrison, started his own investigation into the assassination of President Kennedy. This was initiated by the testimony of two witnesses, but both recanted, leaving the trial with no more than conjecture. The jury gave a not guilty verdict, after less than an hour of deliberation.
Evidence supplied by Dean Andrews was inadmissible and star witness Perry Russo refused to testify 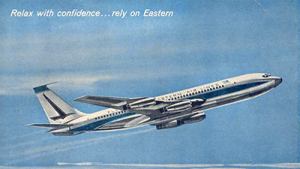 The investigation by Jim Garrison raised the subject of a logged telephone call from the New Orleans office of W Wray Gill, being used by Ferrie at that time, to an apartment building in Chicago, where Jean Aase was a resident. Coincidentally, on November 21, 1964 the same Jean Aase accompanied Lawrence Meyers to Dallas and staying at the Cabana Motel, frequented the Bon Vivant bar where Jack Ruby and Eugene Brading were seen that same evening. Lawrence Meyers happened to be a friend of Jack Ruby.

Jim Garrison had Ferrie held in protective custody, while giving evidence in the trial, but he was released on February 21, 1967. The following day he was found dead. The cause of death was recorded as a cerebral hemorrhage at the base of the neck (a blow to the neck) and he had conveniently typed two suicide notes