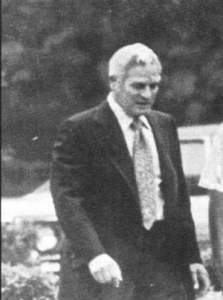 Born on December 3, 1916 Nicoletti lived with his parents until his abusive father chased him with a knife and being cornered in a room where a gun was kept, 12 year old Charles, fatally shot his father.

His childhood friends and street gang members would turn out to be criminals like himself, moving up the ranks of the Chicago mob.

He was a heartless murderer and carried out numerous hits for the Chicago outfit, all the while, working with his childhood friend, Sam Giancana.

He was supposedly involved with Meyer Lansky, Carlos Marcello, Santo Trafficante and Giancana in the CIA's attempt to assassinate Fidel Castro. 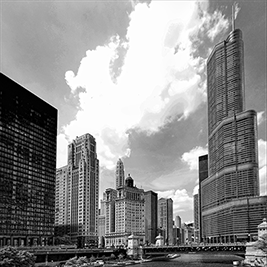 James Files placed Nicoletti alongside Johnny Rolelli in Dealey Plaza, as one of the assassins.

On March 29, 1977, the same day that George Sergius De Mohrenschildt supposedly shot himself, Nicoletti received three bullets in the head as he waited in his car outside a restaurant in Northlake, Illinois.

Like de Morenschildt, Nicoletti had also been called to appear before the House Select Committee on Assassinations.