Born in Watertown, New York on April 7, 1893, Dulles graduated from Princeton University in 1916 and entered the US diplomatic service. He married in 1920 and from a position in the Department of State's Near East Division, became a director of the Council on Foreign Relations in 1927.

He later worked with the League of Nations meeting many world leaders, such as Adolph Hitler and Benito Mussolini.
Although he opposed the anti-semitic views of Nazism, he worked with the Nazi controlled Schroder Bank, based in London. 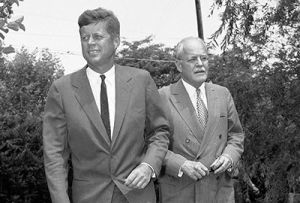 In 1950 he was recruited into the CIA and helped find employment in the CIA for several ex Nazis. Within a couple of years he became the first civilian director.
At the same time, his brother John Foster Dulles was appointed Secretary of State. Between them, they were the most powerful sibling in America and worked closely with one another. 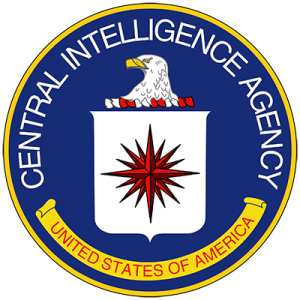 With Castro's communist regime in Cuba alienating American interests, the CIA were involved with schemes to undermine Castro's popularity and possibly remove him completely. This included an assassination plot contrived with Cuban exiles and the Mafia.
Knowing of the Mafia's grievance with Castro at the closure and forfeit of their casinos, Dulles turned initially to Sam Giancana and Johnny Roselli. They later included Santo Trafficante, Meyer Lansky and Carlos Marcello.

The plot failed along with the disastrous Bay of Pigs invasion and Kennedy subsequently fired Dulles with threats of breaking up the CIA.
There are some reports that Dulles was in the early stages of dementia, yet he managed to organize the Warren Inquiry and survived several more years before his death on January 29, 1969.