Born in Clarksdale, Mississippi on November 5, 1931 Ike Wister Turner will be remembered as much for the turmoil and destruction of his personal life, as that of his extraordinary musical talent. 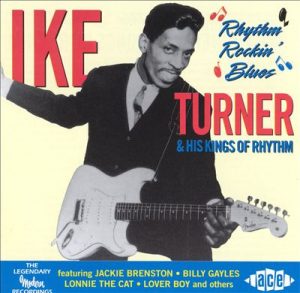 Taking piano lessons from Pinetop Perkins, he was a competent player by the time he reached his early teens and at the same time taught himself to play guitar.
By his mid-teens he had his own band and moved into the Riverside Hotel where they rehearsed in the basement. Turner wrote Rocket "88" at the Riverside Hotel and with lead singer Jackie Brenston, recorded the single at Sun Studios in Memphis is 1951. This is regarded by many as the first Rock 'n' Roll single.

He played as a session musician at Sun Studios and through his connections in the Delta area, he worked for Modern Records as a talent scout for a while, signing artists such as Howlin' Wolf and B.B. King.
While on tour with his band, he met Anna Mae Bullock, changed her name to Tina Turner and added her to his band, realizing her potential, they married and became a successful act with hit singles in America. However, their collaboration with Phil Spector on the recording of River Deep Mountain High, failed in the US, but was a huge hit in Europe, opening a wider market for them. 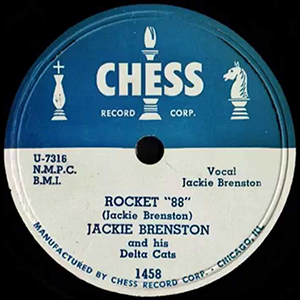 The success of the Ike and Tina Turner partnership allowed Turner to invest in his own recording studio in Los Angeles, which opened in 1972. Artists such as Paul McCartney, George Harrison, Frank Zappa and Little Richard recorded there. However, Turner's propensity for double dealing and cutting corners resulting in his arrest in 1974 for the illegal avoidance of long distance phone charges. Added to this his alcohol and drug abuse lead to the breakdown of his relationship with Tina Turner. More arrests followed for firearm and drug offenses, leading to a 30 day sentence in 1980. After further arrests, his studio burned to the ground and he owed nearly $13,000 in back taxes. He was arrested yet again in 1985 and 1986 and for drug and firearm offenses, finally starting a four year sentence in 1990 for cocaine possession.

On release from prison, he went back to recording and touring with moderate success, but withdrew from public view as the onset of emphysema restricted his lifestyle, making a handful of random recordings
He died on December 12, 2007, from a cocaine overdose.