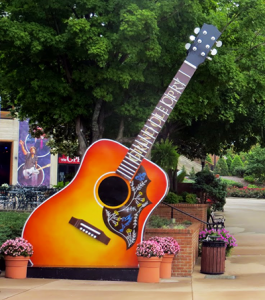 When the early Scots-Irish settlers moved from Jamestown, Virginia into the Appalachian region they carried possessions and traditions from their native countries. Scottish and English ballads featured widely in their culture and found a home in the hills of Kentucky, known as the Blue Grass State, due to the blue colored grass tips in the springtime, creating the illusion of a field of blue grass.

While bluegrass music was (arguably) born in 1945, the term was not used to describe it until the 1950's. When country singer Bill Monroe named his band the Blue Grass Boys, he had no idea that this would label a new music genre. However, the band's unique sound arrived in the form of 21 year old Earl Scruggs, with his impressive thee--finger banjo picking. The band first appeared on the Grand Ole Opry stage in 1939.
Apart from Bill and Earl, other well respected Bluegrass musicians include Doc Watson, Jimmy Martin, Maybelle Carter and Roy Acuff. 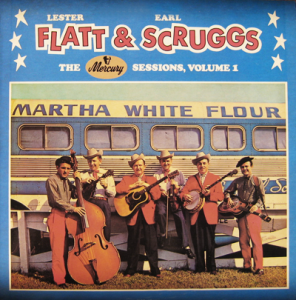 record by Fiddlin' John Carson and Ralph Peer of Victor Records went to Bristol, Tennessee to record hillbillies. The term hillbilly was not used for the music genre until  "Uncle" Dave Macon recorded Hill Billie Blues in 1924.
At this time, cowboy songs were being played on air and in 1925 the Nashville radio station WSM started broadcasting a barn dance, which eventually became Grand Ole Opry. The radio show needed a dance hall and several venues around Nashville were tested, including the Belcourt Theatre (known then as the Hillsboro Theatre), the Dixie Tabernacle, and the War Memorial Auditorium before it settled at the Ryman Auditorium. In 1974 the show moved to the current, purposely build theatre.

Over the decades, as America fell in love with country music, other influences would infiltrate with blues and folk being perfect companions.