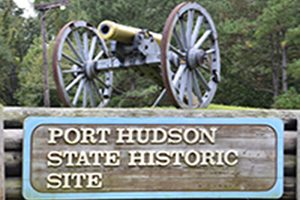 The title of ownership passed between the French, Spanish and Americans very peaceably. However, the British were something of a problem.

At the time of the War of Independence, the Louisiana territory was under Spanish rule and taking advantage of the conflict, Spain sided with the Americans and drove the British out of some occupied areas. The fort at Baton Rouge was one of their more successful battles.

Forever at war with Spain and France, the British bit off more than they could chew when the War of 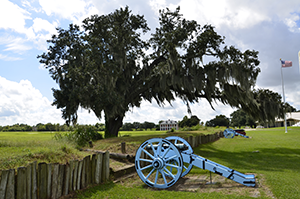 1812 spilled onto American soil and they sent over 7,500 troops in a desperate attempt to control the vital Port of New Orleans. The first battalion arrived in Louisiana in December 1814, but the planned attack did not take place until January 8th 1815. This gave General Andrew Jackson some extra time to gather his somewhat makeshift American army and prepare a defense line on the Chalmette Plantation, on the outskirts of New Orleans. During the short battle, over 1,800 British soldiers were killed wounded or missing, while Jackson's army lost 13 men and a further 50 wounded. The Baratarian Pirates lead by Jean Lafitte were part of the volunteer force, including Native Indians, free men of color and a group of marksmen from Tennessee and Kentucky. The accuracy of these riflemen was largely responsible for the short and deadly assault on the British troops. 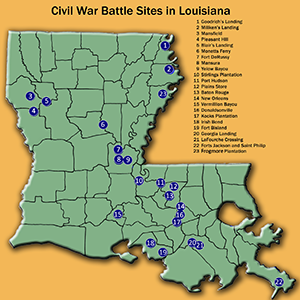 World War II claimed 3,964 lives from the state with a further 1,000 lost in Vietnam and several hundred more over the last few decades.