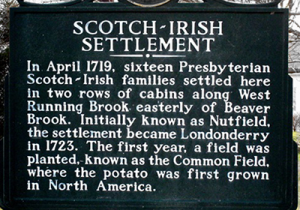 The earliest settlers of Eastern Tennessee were the Scots-Irish, arriving in the latter half of the 18th century. When the English Queen Elizabeth died in 1603 without an heir, the monarchy passed to James I, son of Mary Queen of Scots and serving King of Scotland. With the growing Puritan movement in England and the failed attempt by Guy Fawkes and his Catholic conspirators to blow up Parliament he was under pressure to denounce the Catholic Church. Added to this, the Catholics of Northern Ireland were a problem. Knowing the people of Scotland as he did, he devised a plan to remove the two largest landowners and replace them with thousands of Scottish lowlanders. They were given land and more freedom than they had in Scotland, taking family traditions of distilling whiskey and playing Celtic tunes. However, life under the rule of James' grandson, Charles II, brought in many political changes and the eyes of the Scots-Irish turned to the new colonies. 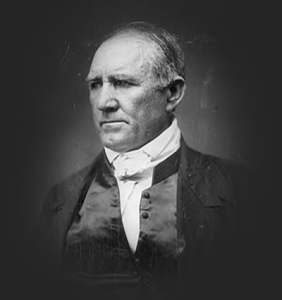 The migration west started feverishly in 1717, with thousands of Ulster Protestants, Presbyterians and Quakers settling along the east coast. They generally proved to be fearless, intrepid frontiersmen, ignoring laws and boundaries, venturing into the western limits of the Appalachians. They were the first to settle in the Southern Appalachian area of Watauga, the first independent government in America in 1772. The Scots-Irish legacy can be found in heroes such as Davy Crockett and Sam Houston. Eight of the volunteers who lost their lives at the Alamo were Ulster-born.  George Washington’s army counted ten generals and twenty-nine brigadiers as being Ulstermen, or their descendants. There were also many Scots-Irish fighting with Andrew Jackson against the English, at the Battle of New Orleans and in the Mexican War of 1846-1847. The bluegrass/country music of Tennessee and other Appalachian states owes much of its heritage to the Scots-Irish. Along with the craft of making a good drop of whiskey.