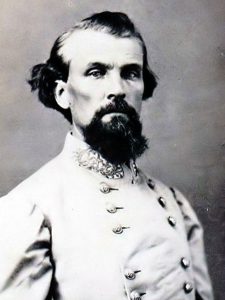 The six Confederate veterans who formed the original Klan back in 1865, had no real idea what their small group would turn into. From a small secretive fraternity, other groups were formed, not only in Tennessee, but throughout the country. With lack of tight control, many of these adopted far right politics and racist elements. In 1869, first grand wizard Nathan Bedford Forrest tried to disband the organization, due to its extremism, but failed. by 1871, they posed such a threat, that President Ulysses S. Grant authorized military force to subdue them. Soon after this they receded onto the verge of extinction, only to resurface in Atlanta, Georgia in 1915.

The second generation KKK was a more organized machine, attracting what they believed to be pure Americans. Instead they gathered disgruntled poor farmers, far right politicians and anyone with anti black, Jew, Catholic, or communist sentiments. By the mid 1920's they boasted around 2 million members, but after various scandals their popularity once again declined over the decades to just a few thousand.
Although they professed to uphold Christian Protestant principles, no church body acknowledged them.

The third rising coincided with the early activities of what would become the Civil Rights movement. 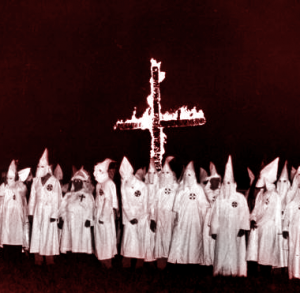 In Birmingham Alabama there wee so many bombings of black resident's homes that it was referred to as Bombingham. These small KKK groups were localized, without any central guidance and literally, got away with murder, until the late 60's.

The shooting of four black women in Chattanooga, Tennessee in 1980, resulted in three KKK members being charged with attempted murder. Two were acquitted by an all white jury and the third served only 3 months of a 9 month sentence for minor assault.

There are currently over one hundred and fifty KKK chapters spread across the US, with several thousand members. The recent distorted rhetoric from Donald Trump has emboldened many fight wing groups and further extended membership of the league.