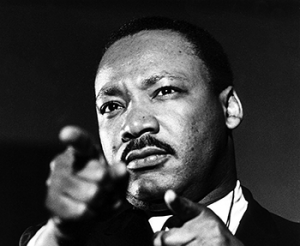 As with many of the Confederate states, the reconstruction years after the Civil War posed many obstacles for Tennesseans.

The glimmer of hope for black citizens receded as governments changed and became more right wing. The Jim Crow  laws were adopted and by the start of the twentieth century, segregation could not be ignored. Several groups and individuals spoke out for the rights of black people. Ida Wells-Barnett was no exception with her part ownership in a a Memphis newspaper, she tirelessly campaigned and wrote numerous articles highlighting the abuse of black Tennesseans. In March 1892, she wrote a damning article about the lynching of three black businessmen. The retaliation was a visit from a white mob , looking to lynch Ida; in her absence, they destroyed her press. She moved to the New York Globe and continued her campaign from a safer distance. 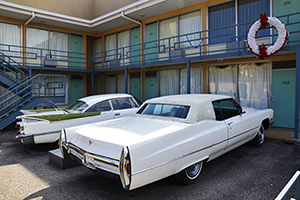 The second world war helped by showing that African Americans were as patriotic as any white person. Over the following decade, Jim Crow would be partly dismembered leading to the pro active sit-ins and marches of black activist and Civil Rights groups of the 1960s.

The twenty-five year old Martin Luther King Jr became pastor of the Dexter Avenue Baptist Church in Montgomery, Alabama in 1954, taking the first step on a path that would demand his every waking second and eventually his life. Six months later, Rosa Parks was arrested for refusing to give up her seat on a Montgomery bus. Inspired by this, King embarks on his nonviolent stride for freedom. 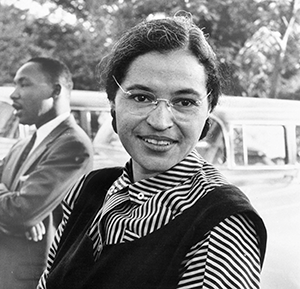 Through his life he met with impotent US Presidents, corruption, arrests and various threats to his life, yet he carried on, unperturbed. He was awarded the Nobel Peace Prize on October 14, 1964, for his non-violent protest against inequality.
As possibly the greatest African American of the 20th Century, his visit to Memphis in 1968 turned the eyes of the world towards America and the Civil Rights movement.

On April 4, 1968 Martin Luther King was assassinated as he stood on the balcony of the Lorraine Motel in Memphis. His assassin was James Earl Ray, A white supremacist, arrested at London's Heathrow Airport while trying to catch a flight to Rhodesia. Although Ray confessed to the murder, he later withdrew his statement. There are many conspiracy theories regarding his part in the killing.
There were many street riots throughout America after King's death and the third Monday of January is a federal holiday, named in his honor.

The Civil Rights Movement recovered from the loss of its enigmatic leader and through continued frustration the unrest evolved as Black Power, of which, the most notorious group was the Black Panther Party, founded in 1966 by Huey P Newton and and Bobby Seale. This inspired other, often more dangerous, yet well intended groups.
Throughout the following decades the wall of segregation was gradually dismantled, even in the old south.

The National Civil Rights Movement, based inside the shell of the Lorraine Motel, maintains the principals of the movement, through education and enlightenment.