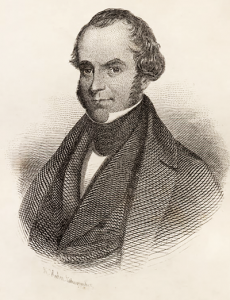 In the 1830's, the citizens of Tejas were largely from Europe. Some of the Spaniards stayed on after the Mexican-Spanish Revolution and many local Indians converted to Christianity and adapted to the Europeans customs.

The Texas Revolution galvanized the people of Texas, regardless of origin, to fight against a single enemy.
The cry for freedom could be heard across the plains, mountains and valleys, through swamps and gullies, reaching farmers, hunters and politicians alike. It stirred the hearts and minds of men from far and wide.
Some, such as Jim Bowie, born in Kentucky and spending most of his life in Louisiana, were already living in Texas. Others heard the cry as those at the Alamo realized the full implication of holding the fort. Former Tennessee Congressman, David Crockett was one. A celebrity of the times, he arrived at the Alamo with around 30 men.

Those who perished were largely from Tennessee, Kentucky and Pennsylvania with dozens from N. Carolina, S. Carolina, Louisiana,

A strange English export adopted by many middle class Americans was freemasonry. There were many lodges in America with notable members such as George Washington, Andrew Jackson, Samuel Houston, Stephen F. Austin, David Crockett, James Bowie, William B. Travis, James Bonham and James Fannin.
Santa Anna was a Mason, and it is suggested that his life was spared when his submission to General Houston included several masonic gestures.