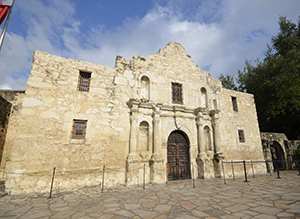 The desperate fight to hold the Alamo against overwhelming odds was the single most important event in the history of Texas and its people.

The Mission San Francisco de Solano was first established near the Rio Grande River in 1700 by the Spanish missionary, Father Antonio de San Buenaventura y Olivares. The mission moved several times and settled at its present location in 1724, the first of five missions in the San Antonio region and renamed San Antonio de Valero, after Saint Anthony of Padua.

The missions were large compounds, offering accommodation to native Amerinds who had converted to Christianity and a safe haven for local settlers when attacked by raiding parties of Apaches and Comanches. By the late 1770s the mission was failing, with the number of Indians living there dropping from over 300 to less than a dozen, inevitably the mission was secularized and abandoned in 1793. 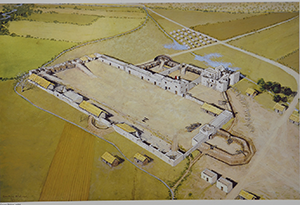 With the Louisiana purchase in 1803, the United States extended to the Texas border and the old mission found a new purpose as a Spanish army garrison. The 'Alamo' name originates from the mounted militiamen from San José y Santiago del Álamo, Coahuila, Mexico, who were based there for over thirty years.

With Mexico gaining independence from Spain, the Alamo transferred to Mexican control in 1821, which lasted until it was abandoned at the start of the short-lived Texas Revolution.
The siege and final battle lasted thirteen days, from February 23, 1836 to March 6, 1836.

Afterwards, control of the battered fort passed back and forth between the Mexicans and the Texans, and over the following decades, used once more by the army, being partly restored before reverting back to the Catholic Church. The Long Barrack was sold and functioned as a museum, then used as a warehouse.

Towards the end of the 19th century the Daughters of the Republic of Texas saved the building from further changes and began raising funds to secure the compound as a heritage site.