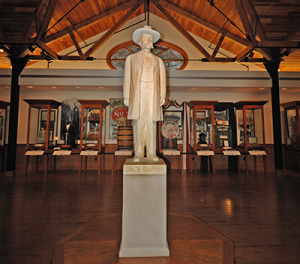 When the Scots-Irish settlers arrived in Tennessee in the 18th century, they quite naturally wanted to carry on with some of their old traditions. Drinking whiskey was one. With the introduction of a whiskey tax in 1791, many Tennesseans turned to making and selling their own brews. Although the tax was suspended between 1817 and 1862, the foundations were there and ready for the days of abolition.

The manufacturing, sale and transportation of alcohol was made illegal by the Eighteenth Amendment, This was adopted by Tennessee in 1919 and became law on January 16, 1920.
The temperance movement had been active for around one hundred years and over the decades various diluted versions of prohibition had been implemented, with the outlawing of all liquor production in 1909. Distilleries in the state either closed or 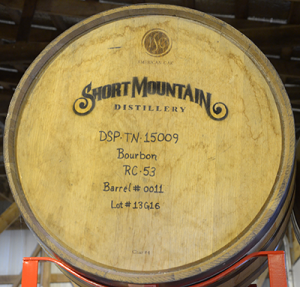 relocated to other areas.
The early part of the twentieth century witnessed fierce political rivalry between those for and against abolition, resulting in the murder of one staunch abolitionist. Although the Eighteenth Amendment was finally repealed in 1933, it created thirteen of the most colorful years in American history, fueling a myriad of novels and movies.

Although the production and sale of of wine and beer has been very successful over the centuries, Tennessee is noted for its distilleries and good quality whiskey. Evan Shelby's East Tennessee distillery was possibly the first to be established in 1770. Many more blossomed over the state along with the moonshiners. 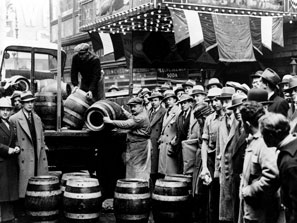 Building and hiding moonshine stills in the Tennessee hills was not a difficult task and this cheap alternative was appreciated by the poorer classes. However, prohibition put extra demands on the moonshiners and in order to meet this, dangerous chemicals were added to the brews. Novice moonshiners looking to make easy money would ignore the basic fundamentals of fermentation and distillation and over the years many people died.

Whiskey production today is a multi-million dollar business with the most famous brand, Jack Daniel's, leading the pack. Most Tennessee whiskey meets the standards required to be labeled as Bourbon, but they generally choose not to.
In order for a product to be labeled 'Tennessee Whiskey' it must be aged and filtered in a specific way and made in Tennessee. Some Tennessee-based distillers cannot meet these exact requirements and label their whiskey as 'Moonshine'. The term no longer refers to illegal liquor, brewed in secret stills under the light of the moon