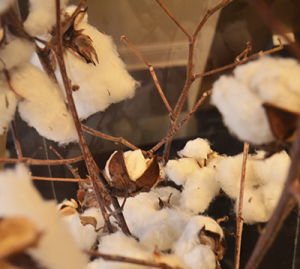 Until the invention of the cotton gin by Eli Whitney of Westboro, Massachusetts, in 1793, cotton production was very labor intensive. Whitney's gin revolutionized the industry by mechanically separating the cotton fibers from the seeds, reducing the number of slaves required for this purpose. However, the demand for slaves actually increased. Cotton became the main crop on most plantations and the cotton industry boomed. This lasted throughout the antebellum period and continued to thrive during the post-war restoration, continuing to be a multi-million dollar industry today. Throughout the antebellum period, there were as many as four million African slaves throughout the south, most of these worked on cotton plantations

Memphis was the center of the cotton industry in Tennessee, having good 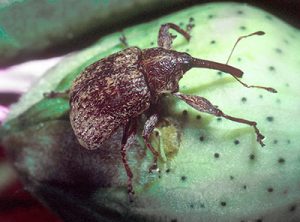 road, rail and river transport. The Cotton Exchange was established in the early 1930's as a central point for the regional cotton trade, linking growers with mills by means of the agents, working on the trading floor of the Exchange.

There was only one enemy of the cotton industry, the boll weevil, small bug with a large appetite for cotton. Arriving in Tennessee and the surrounding area in the mid 1920's, this little evil (as its name suggests) caused enormous destruction. Through the early use of DDT and now pheromone traps, the pest has almost been eradicated, remaining only in areas close to the border with Mexico.
Due to the devastation caused during the first half of the 20th century, many farmers diversified their crops with peanut farming a popular choice.

The greatest production in Tennessee is in the western half of the state, with the most abundant crops coming from an area to the north-east of Memphis.