Tennessee and the Civil War 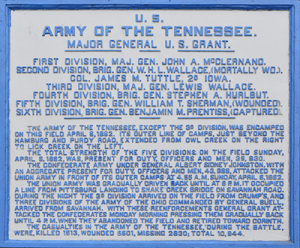 Although Tennessee seceded from the Union in June, 1861, East Tennesseans were not in agreement and wanted to secede the eastern counties, forming a separate state. However, their demands were rejected by the state legislature  leaving East Tennessee remaining under Confederate control for most of the war. Union troops fought for control of the rest of the state.

The decisive battles were:
Fort Donelson, where the fort's garrison surrendered to Brig. Gen. Ulysses S. Grant on February 16, 1862.
On November 30, 1864, with an army of 30,000 men, Gen. John Bell Hood attacked the Union army at Franklin, in an attempt to stop John Schofield’s Federal troops from reaching Nashville. The bloody battle resulted in Hood being driven back and 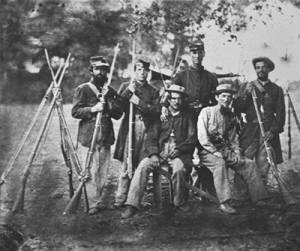 Named after the log church called the Shiloh Meeting House,the battle of Shiloh was one of the bloodiest battles of the entire war. The fighting began on April 6, 1862 and concluded the following day. General Ulysses S. Grant, with 40,000 Union troops was en-route to Corinth and having steamed up the Tennessee River and disembarked his army at the Pittsburgh Landing. General Albert Sidney Johnston seized the opportunity of catching the Union Army by surprise and attacked at dawn. Johnston died that day, passing command to General P. G. T Beauregard.
That night, Major General Don Carlos Buell arrived with a large army, joining the Union troops. Bolstered by this, Grant attacked on the morning of April 7, driving back the Confederates. The two-day battle resulted in 23,746 casualties. 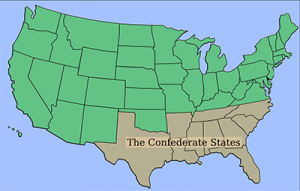 Still weary from the battle of Franklin, General John Bell Hood marched his 30,333 strong, Army of Tennessee, to the southern reaches of Nashville in order to draw Union General, George Thomas into a trap. Thomas, however, waited two weeks until he felt the time was right. His army attacked Hood on December 15, 1864, denting the Confederate force. Thomas attacked again, the following day, driving Hood's troops out of the region.

The Battle of Stones River commenced on December 31, 1862 on the outskirts of Murfreesboro, when the Union army ,under the command of General William Rosecrans, faced the Confederate troops of General Braxton Bragg. Bragg took the initiative and attacked first, driving back the Union Army. On January, 1, both armies remained where they were but on January, 2, the Confederates attacked once more, only to be have victory seized at the last moment when thousands of Union reinforcements arrived. Bragg withdrew with casualties of nearly 12,000 men, while the Union casualties were close to 13,000.

Union General William Rosecrans retreated to Chattanooga, following the defeat at Chicamauga.
Once again, General Braxton Bragg could see a golden opportunity to defeat Rosencrans and set up strategic points on Missionary Ridge and Lookout Mountain, placing the city under siege. Rosencrans planned to withdraw and was relieved of command. Grant replaced Rosencrans with General George H. Thomas. On November 23, 1863, Grant Grant sent 14,000 Union troops to Orchard Knob and defeated a small Rebel army, taking control and using it as a base. General Joseph Hooker's troops attacked lookout Mountain, then moving on to take Lookout Point after limited resistance.

Other notable battles were Murfreesboro, Chicamauga