Alex or Aleck Ford (later known as Aleck Miller) was born on a Mississippi plantation, at some point between 1899 and 1912, learning to play the harmonica at an early age. 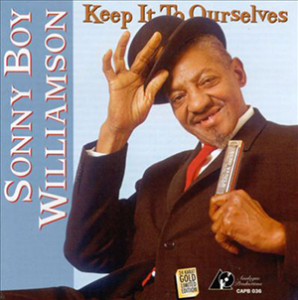 Like many itinerant blues players, during the 1930's he traveled the south, meeting up with Elmore James, Robert Johnson, Big Joe Williams and lifelong friend, Robert Lockwood Jr,.
In 1941, Miller and Lockwood secured an advertising slot on KFFA in Helena, promoting King Biscuit and began broadcasting under the name Sonny Boy Williamson.
At this time, John Lee 'Sonny Boy' Williamson was already established as a blues harmonica player in Chicago with several successful records and a large fan base.
Miller always claimed to have used the name first, although this is doubtful.

He was married to the step-sister of Howlin' Wolf for a while, then left her and married Mattie Gordon. Miller traveled widely, playing the harmonica, probably staying in digs, such as the Riverside Hotel in Clarksdale. Towards the end of that decade, he coaxed his friends, Houston Stackhouse, Robert Nighthawk, Elmore James and several others to perform on his KWEM radio show. 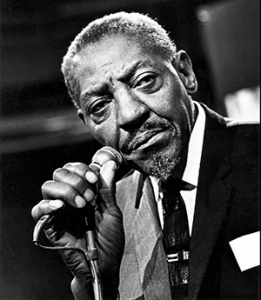 Three years after the death of John Lee Williamson, Miller made his first recording. This was with Trumpet Records, which folded four years later, and Miller moved to Chess Records. He made over 70 recordings between 1955 and 1964 with a successful album in 1959.

He achieved recognition in Europe during the 1960's, recording with the Yardbirds and the Animals and appearing on European TV and radio shows.

On his return the Helena, Arkansas, he continued with the King Biscuit Show on KFFA, but failing to turn up for a broadcast, it was discovered that he died of a heart attack in his sleep, during the night of May, 24, 1965.