Robert Lee McCollum was born on 30, November, 1909 in Helena, Arkansas and to many blues historians, represented the archetypal bluesman. 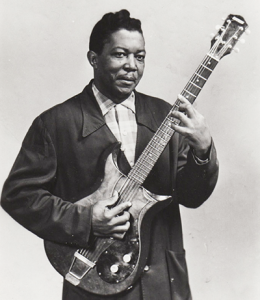 He was not only appreciated by loyal fans, but well respected by his peers.

Coming from a musical family, he played the harmonica in his early teens, but did not play the guitar seriously until he teamed up with Houston Stackhouse in 1931. Around this time, he would work on a farm during the day, playing harmonica in clubs and juke joints at night. During this time he met up with Robert Johnson, Son House, Charlie Patton and Muddy Waters.
McCollum married Mary Griffen in 1928 and they produced two children, but as a roaming bluesman, he was rarely at home. He spent time in both St. Louis and often traveled up to Chicago, where he cut some records. During the early 1930's, he partnered with singer Laura Dukes and played in the orchestra on the Dan Hildrege Show.
He first played alongside a young John Lee Hooker in Memphis in 1932 and later in 1937, having changed his name to Robert Lee McCoy, in order to avoid questioning over a shooting, made his first recording in St.Louis, with Sonny Boy Williamson and Big Joe Williams. By this time he was an acclaimed master of playing bottleneck guitar and a very accomplished harmonica player.
The song Prowling Night-Hawk proved very popular and shortly after this Robert Nighthawk was born. For contractual reasons, he recoded some tracks as Robert Lee McCoy, Rambling Bob and Peetie's Boy.

By the early 1940's he was back playing in Chicago and at some point, buying and selling records from a basement on South Wabash Street. Moving back to Helena in 1942, he broadcast locally on KFFA in Helena and later WROX out of Clarksdale and WDIA out of Memphis while touring mainly in Mississippi and Arkansas. His band included Pine Top Perkins and a young Ike Turner. In 1945; while he and Turner resided at the Riverside Hotel in Clarksdale, he met his second wife, Hazel Momon, although it is possible, that at the same time, he had another wife named Beatrice along with girlfriend, Ethel Mae.
By the end of the decade he had recorded for Aristocrat Records (Chess) and later for United. 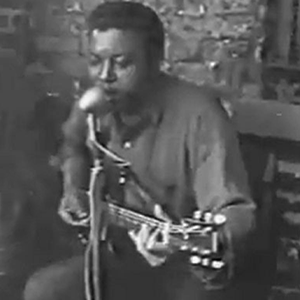 He played in Chicago and recorded for Chess, while going back and forth to Cairo, Illinois, before returning to Helena, only-to tour again in the Deep South. His friendship with Stackhouse remained solid and they would play in one another's bands. But Nighthawk's health was deteriorating and although, in 1965, he replaced Sonny Boy Williamson II in the King Biscuit radio spot, and toured with Stackhouse, he resorted to playing bass, which required less effort.

Robert Nighthawk passed away on November 5, 1967, from heart failure.