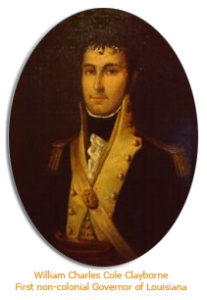 First claimed and governed by France, then Spain and back to France, the formative years of the 18th and 19th centuries made it difficult for any single government to make a lasting impression. However, the Spanish did lay the foundations of a system, that still has elements in place today.

Throughout the 17th and 18th centuries white conservatives ruled the roost under French and Spanish control. With the Louisiana Purchase of 1803 came a new regime with the first American Governor, c. His governorship, was slow yet meticulous, pulling together the fragments of the new American state, repairing the damage from the Napoleonic reign. He successfully proved the loyalty of Louisianans with their victory over the British in the Battle of New Orleans.
After Claiborne, elected officials relied on their ethnicity and were later decided by their support of either the cotton farmers to the north of the state or the sugar farmers of the south.

The Civil War brought further change with Louisiana leaving the Union on January 26th 1861 but within 15 months Federal troops had gained control of New Orleans, the largest and most strategically important city in the South. Both the Union and the Confederacy claimed areas of Louisiana and even had their own Governors instated.

The politically turbulent post-war years witnessed conflict between the Reconstruction advocates of the Republican party and the more conservative white Democrats. Black and Creole voters were often marginalized by the white controlled parties and racial tensions flared into riots, fanning the flames of white supremacy.

Since the appointment of William Charles Claiborne as Governor of Louisiana in 1812, there have been a further 54 elected Governors. For over 100 years, between 1877 and 1980, the state experienced an uninterrupted run of Democrat governors, since then, there have been four Democrat and four Republican, including the current governor, Piyush 'Bobby' Jindal.
The current Governor's Mansion is at 1001 Capitol Access Road, Baton Rouge in close proximity to the Capitol Building and overlooking Capitol Lake. Built in 1963 it supersede the Old Governors Mansion at 502 North Blvd, which was instigated by Huey P Long and used between 1930 and 1961. The original mansion occupied this site from 1887 - 1929.

Louisiana is divided into parishes, whereas the rest of American states have counties. 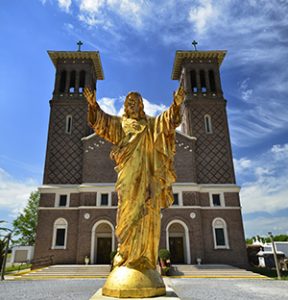 With the early explorers came Christianity. Apart from the indigenous tribes, the first settlers were primarily French and Spanish Catholics.

Protestant English, Scottish, Welsh and French Huguenots settled mainly in the north of the state, while the predominantly Catholic Spanish, Italian, Portuguese and Irish were attracted to the city of New Orleans along with many Germans.
The Cajun and Creole cultures both have Catholic origins, as with black African descendants, whose forefathers were indoctrinated with the Catholic faith.
The Haitian Revolution (1791–1804) added a further 10,000 refugees to the population throughout the following years. Although Christian, they brought with them a belief in Voodoo, a close relative of the African Vodun. Over the decades, these practices melded into the voodoo of today, coexisting with Catholicism.
The earliest Christian missionaries were the 16th century Jesuits, Capuchins, and Ursuline nuns.
The southern part of the state is steeped in Roman Catholicism, as opposed to the north where Christianity leans towards the Protestant faith, with the rhetoric of animated preachers as opposed to the more penitent services of Catholicism.

The Louisiana Purchase removed the Roman Catholic monopoly and allowed other religious congregations to openly practice their faith. The first half of the 19th century witnessed the opening of many new churches including Episcopal, Baptist, Presbyterian and Methodist churches.
At the end of the 19th and beginning of the 20th centuries, the black Baptist and Methodist congregations broke away from the traditional Christian Church to form their own denominations. This was mainly due to the segregation laws that stipulated separate services for blacks and whites.
Less than ten years ago the Roman Catholic Church had double the number of parishioners as the Southern Baptists. The United Methodist Church was in third place with the Assemblies of God and the Episcopal Church close behind. There are also significant numbers of Muslim and Jewish members and followers. 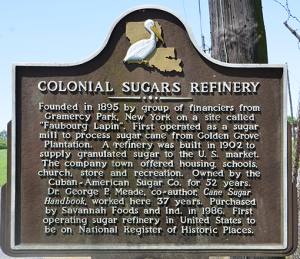 Louisiana was once a rich source of timber, providing much of the nation's hardwood, used in the building of new towns and cities. Today, the vast deforested areas of land are a sad reminder of this.

The earliest successful crop of sugar was produced in 1841, although introduced by the Jesuits in 1771, the climate of Louisiana was not perfect. The production of sugar relied heavily on cheap labor, which at first, was supplied by enslaved native Americans. These were difficult to control and not as plentiful as the African slaves. 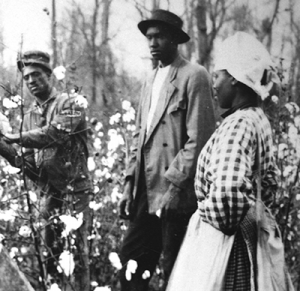 Whitney invented the first cotton gin, a hand cranked machine that separated the cotton from the seeds, fifty times faster than the average slave. Instead of reducing the need for slaves it increased the demand, as many plantations turned from tobacco to cotton as their main crop. Eli Whitney went on to invent the first machinery for mass producing guns and clocks.

The first steamboat arrived in New Orleans in 1812, launching the city's golden age as a major cotton port, sustaining several decades of growth and prosperity.

Today's agricultural industry relies mainly rice, sugar cane, sweet potatoes, cotton and pecans.
The petrochemical industry in Louisiana accounts for around 40% of the nations total.
Breaux Bridge is the crawfish capital of the world and Louisiana's Shrimp and Oyster production is greater than in any other American state.
The fur trade in Louisiana is also greater than that of any other state in the country.
The state ranks in second place for the production of natural gas.

Grain, aggregates and chemicals are just a few of the manufacturing and processing plants to be found along the Mississippi, making use of the river's natural highway.