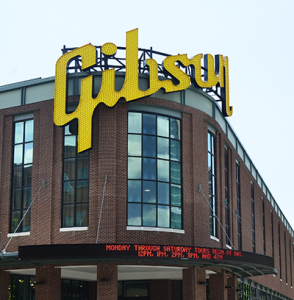 As the birthplace of rock 'n' roll and electric blues, Memphis stands proud as one of the world's most influential music cities. Memphis was founded on May 22, 1819, but the area had been a favored settlement for several thousand years, being inhabited by the Chickasaw when the first European explorers arrived. It formed part of the Louisiana Territory, governed alternately by the Spanish and the French, only to be purchased by the Americans in the Louisiana Purchase of 1812.

During the antebellum years, the economy flourished with the cotton plantations along the Mississippi and a thriving slave trade. The 1870's the city attracted thousands of migrants and settlers, The lack of sanitation and growing population resulted cholera, malaria and yellow fever outbreaks, causing a temporary exodus from the city and thousands of deaths. It was not until one hundred years later when an artesian well was discovered that a clean water supply was assured. Over that period, Memphis quadrupled its population and once again, became an important center in the country's cotton industry.

With the invention of the cotton gin and further mechanization of farming, workers migrated from the south, many settling in Memphis. Blues singers from Mississippi settled in Memphis and slowly, through the first half of the 20th century, the city developed a thriving music industry.

The city is easily accessed by road rail, air and river. Memphis International Airport is the FedEx hub for the US and boasts the second largest cargo operation, by volume, in the world. The City of New Orleans train, runs daily from New Orleans to Chicago, stopping at Memphis Central Station.

The city is host to numerous events and festivals, the most famous being the World Championship Barbecue Cooking Contest and the Beale Street Music Festival.