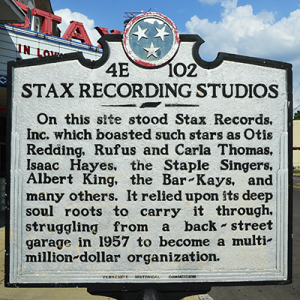 If the multiple forms of popular music throughout the last century were a building, then blues would share its foundation and one of the first floors would certainly be dedicated to soul music. The rhythm and blues of the fifties flirted with gospel giving birth to the earliest forms of  the 60's soul music. This matured into the more sophisticated souls genre of the 1960s.

Memphis, Tennessee formed part of this legend, with Stax Records being a pivotal influence in the recording and distribution of soul music. Initially founded in 1959 as Satellite by Jim Stewart and his sister, Estelle Axton, their early releases were by rockabilly and country music artists. They moved premises from Memphis to Brunswick, then back to Memphis.
It was a meeting with Rufus Thomas and his daughter Carla in 1960, 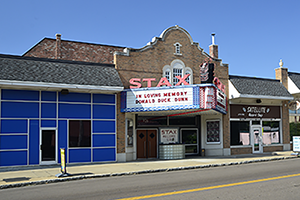 that signaled a new direction, then in 1961 they changed the name, using the first two letters of their last names to arrive at Stax. At this point, Memphis soul was born, with Stax becoming one of the world's most respected labels. Their main competitor being Tamla Motown, based in Detroit, Michigan. 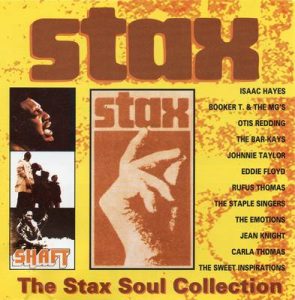 Booker T Jones (Booker T and the MGs) along with Isaac Hayes and many other notable musicians comprised various formations of the Stax studio 'house band'.
The death of 26 year old Otis Redding in 1967, hit the company at a difficult time, yet they continued to thrive for another decade, with a little help from Al Bell, before folding in 1975. Bell went on to work with Berry Gordy jr at Tamla Motown and the bank had control of the company.

The following year, Fantacy Record were running the show, but this failed after a few hits. In 1989 the original studio was demolished and the Stax Museum of American Soul Music was built in its place.
The museum received attention in 2013 when President Obama and the First Lady hosted "In Performance at the White House: Memphis Soul"