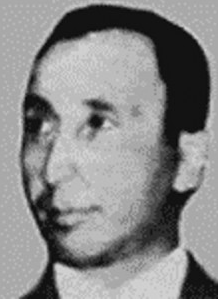 As with most cities, organized crime lurks in the shadows, New Orleans is no exception.

The Mafia placed its cement boots firmly on the streets of the Big Easy in the 1870's, with the Matranga family.
Brothers Charles and Antonio's various criminal activities included labor racketeering, prostitution and extortion. They made a successful takeover of the Prevenzano family interests after a gang war, which resulted in the assassination of New Orleans police chief David Hennessy. This in turn sparked a vigilante crowd to raid the holding cells and the lynching of eleven Mantranga gang members on March 14th, 1891. Charles Matranga survived and continued to run the organization through the prohibition period, eventually passing it on to Sylvestro Carollo in 1922.

Carollo was born in Sicily in 1896 and moved to New Orleans when he was seventeen. He transformed Matranga's Black Hand Gang into a respected organized crime unit. He nurtured connections with Frank Costello and Meyer Lansky. taking control of gambling and other rackets in New Orleans and introducing slot machines to Louisiana. He nurtured the policy of taking care of influential politicians, police and judicial figures, allowing his business interests to prosper. He was deported to Sicily in 1947 and after a brief return to New Orleans, was suceeded by Carlos Marcello.

Calogero Minacore (Marcello) was born in Tunis, North Africa, of Sicilian parents and arrived in Louisiana, just one year old, in 1911. He became involved in petty 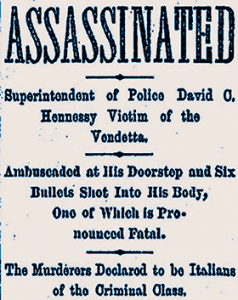 crime at an early age and had a series of arrests and a couple of spells in jail.
Working under his brother-in-law Frank Todaro, he rose through the ranks of the Carollo mob to the position of lieutenant. The natural successor to Carollo, he extended the family operations into Texas and established an organized crime syndicate in Dallas.
Although dismissed by the Warren Commission in the investigation into the assassination of President John F Kennedy, there are many extraordinary coincidences, linking Marcello to the Presidents death.
When Robert F Kennedy became US Attorney General, Marcello was at the top of the Kennedy's hit list on organized crime.
Lee Harvey Oswald, grew up in New Orleans with connections to the gambling operations run by Marcello and Jack Ruby had very direct connections with Marcello's gambling business in Dallas.

Marcello served further jail sentences, before his death, in his own home, in 1993.

Since then, reports of organized crime activities in Louisiana have been relatively scarce.