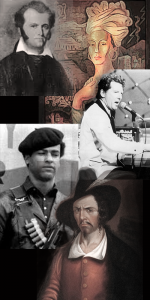 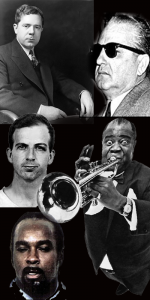 These are just a few of the most interesting men and women to have been born in Louisiana, lived there or made their mark in the foundation of the state's history.

Start with Carlos Marcello, one of Americas most powerful, yet least known Mafia bosses, controlling organized crime throughout Louisiana and most of Texas, without making the sensational headlines like those of his contemporaries.  Then move on to the Alamo hero Jim Bowie, whose life reads like and adventure novel. Read about the pirate Jean Lafitte and one of Louisiana's most memorable Governors, Huey P Long, assassinated an at the peak of his career. The lives of Jerry Lee Lewis and Louis Armstrong cold not be further apart, yet the turbulent and violent destinies of Louisiana born Stanley Williams and Huey P Newton, followed uncanny parallels. Finally, get a touch of magic, from the Witch Queen of New Orleans.