Born in New Orleans on August 4, 1901 into poverty. His mother was the daughter of slaves and deserted by her husband, not long after Louis was born. His education stopped at fifth grade and he worked for a while with a Jewish junk dealer, whose family took him in, encouraging his interest in music. It was on New Year's Eve 1912 that his luck changed after he discharged a shotgun into the air and was arrested. During his stay at the Colored Waif's Home for Boys he discovered his first love, playing the cornet. He was released at the age of fourteen and spent a couple of years at various jobs, while continually improving his skill with the cornet in his spare time. By 1917 he was playing regularly with different bands including gigs on a Mississippi Riverboat. He married Daisy Parker in 1918 but they separated less than five years later, having adopted the son of Louis' cousin Fiona, who died shortly after childbirth. By the age of twenty he stood out as an exceptional trumpet player and in 1922 was invited to Chicago by his old mentor, Joe 'King' Oliver, to join the Creole Jazz Band. Chicago, at that time, was a booming industrial city, employing thousands of black migrant workers from the south. Armstrong's Southern style of playing and remarkable talent made him popular. His second wife, Lil Hardin, persuaded him to leave Joe Oliver's band and move to New York, where 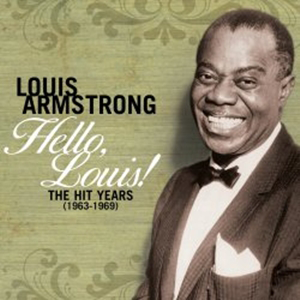 he was regarded with even higher esteem. yet after a year, he returned to Chicago. He was arrested for possession of cannabis in 1930 while working at the New Cotton Club in Los Angeles, but the charges were dropped. During the 30's he worked at the Sunset Club in Chicago (part owned by Al Capone) and later in Connie's Inn, Harlem, owned by Dutch Schultz. He made dozens of recordings during this period and he and Hardin divorced, shortly after which, he married again. His career blossomed throughout the Great Depression but his third marriage to Alpha Smith ended in divorce in 1942. The All Star band was formed a few years later and through the 1940's he appeared in dozens of films and on many recordings ending that period on the cover of Time Magazine. Less than a decade before his death he enjoyed renewed success in the charts with What A Wonderful World, Hello Dolly and We Have All The Time In The World. He died of a heart attack in his sleep on July 6th, 1971.