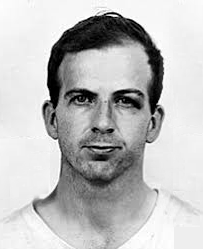 Lee Harvey Oswald was born in New Orleans on October 18th, 1939 and died in Parkland memorial Hospital, Dallas, Texas on November 24th 1963.After his father's death, Oswald lived with his mother and brother in New Orleans in a variety of rented houses and apartments. For a period (1954-55) they resided in an area known for gambling and other criminal activities. The mafia boss Carlos Marcello was associated with clubs in this area and Oswald's uncle, Charles 'Dutz' Murret, had been employed in these establishments.
Oswald's mother, Marguerite, also had friends such as lawyer Clem Sehrt, with links to organized crime in the city.Immediately after his 17th birthday he enlisted in the US Marine Corps where he achieved a marksman status with a rifle and a basic understanding of Russian. Discharged after two years he went to the Soviet Union where he attempted to renounce his American citizenship. Employed as a lathe operator in Minsk and housed in a state-subsidized apartment, his girlfriend Ella German refused his marriage proposal sowing seeds of discontent. However, several months later he married Marina Nikolayevna Prusakova and celebrated the birth of their daughter June, in February 1962. A few months later Oswald returned to the USA with his wife and daughter.

Life in America was not perfect, he failed to hold a steady job and purchased a rifle and revolver under a false name. The attempted 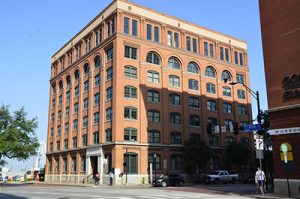 assassination of retired Major General Edwin Walker, a known right wing activist, was put down to Oswald, although there was no conclusive evidence. The anti Castro movement of early '63 stirred Oswald into setting up his own, unofficial, office of the Fair Play for Cuba Committee in New Orleans. Later that year, he attempted to move to Cuba, but his application was discouraged and delayed. Seven weeks before the assassination of John F Kennedy he returned to Dallas and found employment as a clerk in the Texas School Book Depository.

At 31 minutes past midday on November 22nd the 35th President of the United States was assassinated and several official investigations have concluded that Lee Harvey Oswald fired three rounds from the sixth floor of the Book Depository. By the time police searched the building, Oswald had left.

At 1.16pm Police Officer J.D.Tippet was shot dead, not far from the assassination scene. A newsflash indicated a

man matching Oswald's description, as the perpetrator. Oswald was spotted entering the Texas Theater by a member of the public. The police were alerted, arresting Oswald in the theater. He was arraigned for both murders and questioned throughout the following day.

On the morning of November 24th he was to be transferred to the county jail, but at 11.21am, he was shot at close quarters by Jack Ruby, in the basement of the Dallas Police Headquarters. He died less than two hours later at the Parkland Memorial Hospital, the same place as John F. Kennedy, two days earlier.