Christopher Columbus claimed the island for Spain in 1492, with colonial rule lasting until the British arrived on June 6, 1762. However, in less than a year the territory passed back to Spain.

The struggle for independence started in 1868, with Spain and America declaring war on each other in 1898 resulting in America occupying the island until it was ready for independence in 1902. 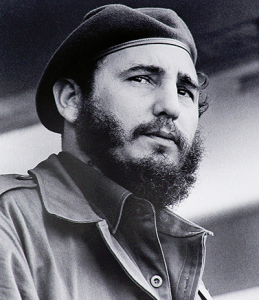 leaders until Fulgencio Batista seized power through a bloodless coup in 1952. Shortly after this, Fidel Castro attempted a couple of bids for power, finally succeeding in 1959 when Batista fled to safety in America. Many Cuban nationals opposing the communist regime followed him, mostly setting in and around Miami, Florida. It is from these elements that CIA collaborated with Interpen and organized crime and launched the Bay of Pigs invasion in April 17, 1961.
The attempted assassination of Fidel Castro and the Bay of Pigs invasion fueled the Cuban leader's animosity towards Kennedy and it is believed that he vowed to take a personal revenge.

When Castro gained power, thousands of Cubans fled to A 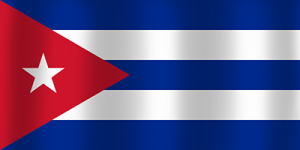 merica, many settled in the Miami area forming social and political groups. With a little help from the CIA, the Cuban Democratic Revolutionary Front emerged, with offices in several cities around the US. Sergio Aracach opened the New Orleans branch, based coincidentally, at 544 Camp Street, the same address used by Guy Bannister and Lee Harvey Oswald. It was from here that that Oswald handed out his Fair Play for Cuba leaflets, attracting attention from members of this group. He was involved in a street altercation with Carlos Bringuier and was subsequently arrested.

Herminio Diaz Garcia became a bodyguard for Santo Trafficante and is linked to the attempted assassinations of Jose Figures of Costa Rica and Fidel Castro.

The names of Tony Cuesta, Carlos Bringuier , Celso Hernandez, and Carlos Quiroga have often surfaced in conspiracy investigations, along with many others.