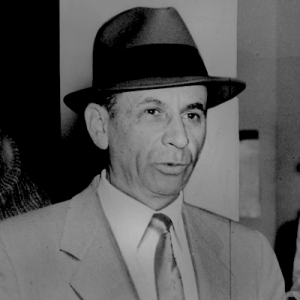 Meier Suchowlański entered this earth on July 4, 1902 in Grodno, now called Belarus. His father emigrated to the US in 1909 and Meier followed two years later with his mother and brother settling in Manhattan's Lower East Side.

Growing up in what was then, a rough neighborhood, he made friends with Benjamin 'Bugsy' Siegel and later with Charles 'Lucky' Luciano. They established a successful bootlegging operation during the prohibition period and in 1931 were involved in the killing of Sicilian Mafia bosses Joe Masseria and Salvatore Maranzano.

With Luciano as boss, Lansky became the banker. Good with numbers, he controlled the outfits 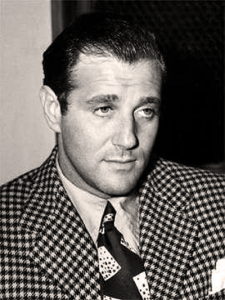 finances and more importantly, was trusted to do so.

Lansky opened up several gambling operations and was instrumental in the birth of Las Vegas as a Casino Resort, with Bugsy Siegel running the Flamingo Hotel.

He faced one of his hardest challenges in 1947 when Seigel was proven to be skimming profits from the mob-owned Flamingo. As his friend and supporter, Lansky had to give the final approval of Siegel's death.

In Cuba, Lansky befriended Batista and opened up the first Casinos in Havana. Luciano and other Mafia figures such as Vito Genovese, Moe Dalitz, Carlos Marcello and Santo Trafficante also had vested interests. 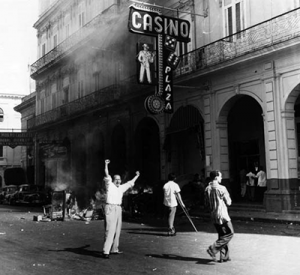 However, the Cuban revolution in 1959 changed everything. Castro closed the casinos and the Mafia departed.

There are many reports of Lansky's involvement with the CIA in a plot to assassinate Castro. Santo Trafficante and Sam Giancana were also involved along with CIA chief Allen Dulles and oilmen such as H L Hunt and Clint Murchison. Castro had upset the oil business with exploration and exports going against the interests of the US.

These same names are also believed to have reunited in the assassination of President Kennedy.

Lansky died of lung cancer at his Miami beach home in 1983.