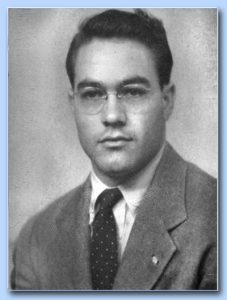 Wallace was born in Texas in October, 1921, spending most of his early life in the Dallas area until his brief spell in the US Marines. He was medically discharged after falling from a ladder.

Wallace studied politics at university and in 1950, shortly after being introduced to Lyndon Johnson, he commenced work for the US Department of Agriculture. An affair between Johnson's sister, Josepha, John Kinser, resulted in his murder after Josepha confided details of her brothers illegal activities. Kinser tried to blackmail LBJ. This resulted in what was probably Wallace's first hit on behalf of Johnson. Wallace shot Kinser several times, but failed to escape unnoticed. He was arrested and tried and found guilty, However, due to one juror refusing to agree to the death penalty and a lenient judge, he 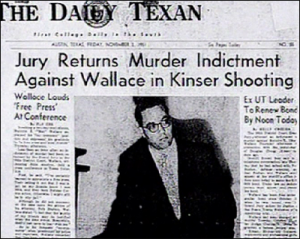 walked away from court with a five year suspended sentence. Jurors later spoke of fear and threats to their livelihood, should they deliver a death sentence.

In the late fifties, a corrupt business man, Billy Sol Estes was building up his personal multi million dollar empire from government related ventures and scams.
One of these resulted in an investigation into a cotton allotment scheme, where Estes stood to make millions from a false mortgage scam. Henry 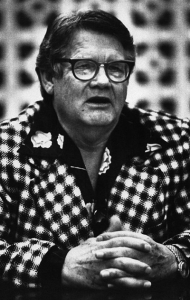 Marshall was the investigator and reported this to his superiors. When Johnson found out, he offered Marshall a promotion, out of Texas. On refusal, he once again called on the services of Malcolm Wallace. Marshall supposedly shot himself five times with a shotgun and when this failed he tried to asphyxiate himself by blocking the exhaust on his truck, only to eventually die of the gunshot wounds. all evidence was cleaned and removed within 24 hours and a suicide verdict was accepted.

Estes was sentenced to 24 years, but served less than 12. In his autobiography he named Wallace as Kennedy's assassin and placed him in the Book Depository as a second shooter.

Many of Estes legitimate business interests were purchased by Morris D Jaffe, a personal friend of Lyndon B Johnson.

Wallace died in a single car accident on January 7, 1971.