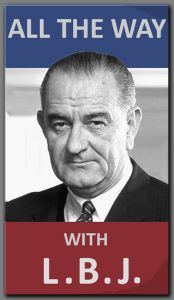 Born in Stonewall, Texas on August 27, 1908, Lyndon Baines Johnson would become the 36th President of the United States of America. He was the eldest of five children, raised in a poor Christian household. By the age of fifteen he was already proficient in debating and public speaking,
He entered politics in 1930 after a short spell at teaching. Within seven years he was elected to the House of Representatives and during the war years served in the US Navy, much of which, was under the command of General Douglas MacArthur. He was awarded the Silver Star.

Johnson was elected to the Senate in 1948, attracting accusations of vote rigging through the unorthodox methods of his campaign Manager John B Connolly. He was supported by wealthy Texans such as Clint Murchison and H L Hunt and became a good friend of the FBI Director, J Edgar Hoover, CIA Chief Allen Dulles and many influential politicians and businessmen.
One such associate was Billy Sol Estes. Estes had built up a multi-million dollar empire, mainly from government related ventures and scams. One of these resulted in an investigation into a cotton allotment scheme, where Estes and his friends stood to make millions from a false mortgage scam. Henry Marshall was the investigator and reported this to his superiors.
When Johnson found out, he offered Marshall a promotion, out of Texas. On refusal, Johnson once again called on the services of Malcolm Wallace. Marshall supposedly shot himself five times with a shotgun and when this failed he tried to asphyxiate himself by blocking the exhaust on his truck, only to eventually die of the gunshot wounds, all evidence was cleaned and removed within 24 hours and a suicide verdict was accepted.

Over the following decade, through his ambitious dedication, tenacity and often intimidation, he 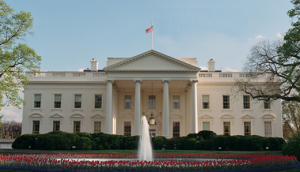 became a powerful figure in American politics and by the time the 1960 elections were being planned, his name was in the forefront as John Kennedy's running mate. Although they were far from being mates, Kennedy needed someone to win over the Southern Democrats and Johnson was the obvious choice.

It was at some point in the 1950's that Johnson was first introduced to Malcolm Wallace. Johnson called upon his new friend when his sister, Josepha had an affair with John Kinser, When the affair ended, Kinsner requested a loan from Johnson, this was interpreted as blackmail for keeping quiet about Johnson's corrupt deals, as revealed by his sister. Johnson called on Wallace to solve the problem and subsequently, Wallace shot Kinser several times, but failed to escape noticed. He was arrested and tried and found guilty, However, due to one juror refusing to agree to the death penalty and a lenient judge, he walked away from court with a five year suspended sentence. Jurors later spoke of fear and threats to their livelihood, should they deliver a death sentence. 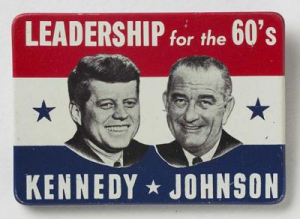 Once installed as Vice President his quest for power deepened and he continued to be associated with undercover deals and corrupt associate such as his protege Bobby Baker.
Baker ran a club in Washington called the Quorum, which was practically a brothel for politicians and the wealthy elite of Washington.
Baker was investigated for bribery and corruption, linked to politicians and due to his business links with Johnson, questions were raised over Johnson's suitability as Vice President.
It is widely believed that Kennedy was to drop Johnson from the 1964 election bid.