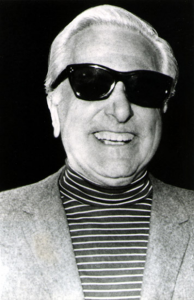 Born Filippo Sacco, in Italy on July 4, 1905 he emigrated to the US in 1911 settling into a family life near Boston until the death of his father, when he dropped out of school and headed for Chicago after a possible homicide.

Arriving in Chicago in 1922, he shed his birth name and joined the Chicago mob as John Roselli.

He moved to Los Angeles in 1924 working under Jack Dragna and over the following twenty years he was arrested several times on minor charges before being charged in 1943 with racketeering and sentenced to ten years. However, within a few years he and his accomplices had been paroled.

With the power of the mob behind him, he assisted in the production of two movies and was instrumental in getting Marilyn Monroe a multi-year contract.

He then moved to Las Vegas looking after the Chicago mob interests in the casinos until the city was 'cleaned up'. By this time he was a well respected mob enforcer, associated with Sam Giancana, Santo Trafficante and Meyer Lansky.

In 1960 he was invited to be part of a CIA-Mafia plot to assassinate Fidel Castro. Trafficante and Giancano were already involved and other mobsters had an invested interest having lost their casinos in the Cuban revolution. However, the plot failed as did the CIA's Bay of Pigs invasion.

It is speculated that he was then part of a conspiracy involving Giancana, Trafficante, Lansky and 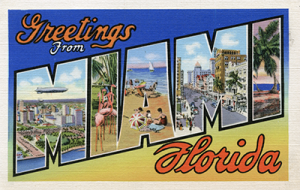 New Orleans boss Carlos Marcello, along with elements of the CIA and Texas oilmen, to assassinate John F Kennedy. James Files places Roselli alongside Charlie Nicoletti in Dealy Plaza, as one of the assassins.

The fact that Sam Giancana was murdered just before he was due to testify before the United States Senate Select Committee about the attempted assassination on Fidel Castro should have discouraged Roselli from testifying, but it didn't. His testimony is still classified, but on August 9, 1976 his remains were found in a 55 gallon steel drum floating in Dumfoundling Bay near Miami.

He left his Florida home to go out for a game of golf and was not seen alive again.