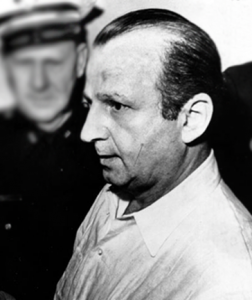 Born on March 25, 1911 in Chicago, Jacob Leon Rubenstein spent most of his school time at the race tracks.

He served in the US Army Air Force during the Second World War and on returning home, he changed his name to Jack Leon Ruby and moved to Dallas.

Over the following decade he made and lost money from owning and investing in various night clubs.

His business partners were mainly local gangsters or Mafia connected. He maintained ties with the Chicago outfit, headed by Sam Giancana, who coincidentally, had links with Cuba as did Ruby. 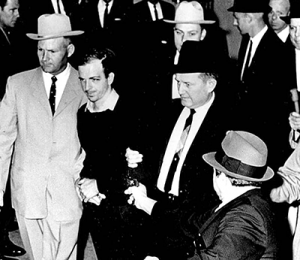 nightclub, although she knew very little about Ruby or how he ran his businesses. Mrs Cheek was a realtor and owned several properties, which she rented out. She also happened to be the sister of Earlene Roberts, the housekeeper at North Beckley Avenue, where Lee Oswald rented a room.

It is said that on the day before the assassination Ruby visited the office of HL Hunt. On the same day, Eugene Hale Brading along with his business associates, also called at this same office. Brading and Lawrence Meyers, a friend of Ruby's, were observed in the Bon Vivant Bar that same evening, each was with his own friends and there is no evidence that they spoke to one another.
Later that same night, Ruby and Meyers were supposedly eating at the Egyptian Lounge, run by the Campisi brothers. While there, they went out back to make a phone call to Carlos Marcello. 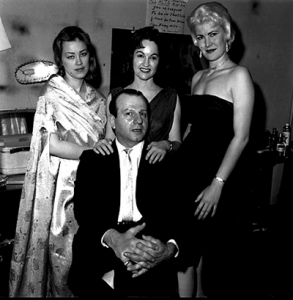 Ruby was popular with most members of the Dallas Police and had freedom of access to their premises at almost any time, which was possibly due to his being the mob's paymaster, keeping the Dallas Police officials firmly in the palm of his other associates, Carlos Marcello and Joe Civello.
Ruby is believed to have been an acquaintance of H L Hunt, the extreme right wing oil magnate.

Jack Ruby was in the basement of the Dallas Police Headquarters on the morning of November 24th when Lee Harvey Oswald was to be transferred to the county jail. At 11.21am the name of Jack Ruby would be forever entwined with that of Lee Harvey Oswald.

Throughout his time in prison he claimed that he would never disclose his true motivation for shooting Oswald.

Shortly before a retrial had been granted, he became ill with secondary lung cancer, about which, he maintained that he had been infected on purpose, The CIA had access to cancer viruses and were long suspected of using these to eliminate undesirables.