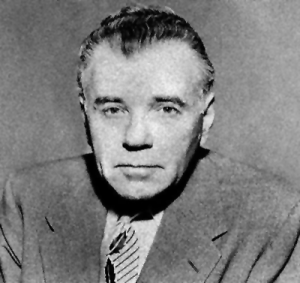 Born in Monroe, Louisiana on March 7, 1901, Bannister joined the FBI when in his early thirties.

By all accounts, he had a short temper and his views on segregation and politics, were extreme right wing.

He retired from the FBI in 1952, then on moving to New Orleans in 1955, he was appointed Assistant Superintendent with the NOPD,.He was questioned on possible corruption charges and suspended for discharging a firearm in a bar, only to be reinstated a few months later, then dismissed when he refused a sideways transfer in 1957.

Bannister opened his own detective agency at 434 Balter Building, then moved to 531 Lafayette Street, which was in the same building as Lee Harvey Oswald's Fair Play For Cuba Committee, based at 544 Camp Street. Although this address referred to a different entrance of the same building.

Bannister assisted David Ferrie on a case involving the deportation of Carlos Marcello. He also

assisted Ferrie in a dispute with Eastern Airlines and there are many alleged sightings of Oswald with Banister and Ferrie.

It is widely believed that he maintained contact with J Edgar Hoover and other members of the John Birch Society along with belonging to the Anti-Communist League of the Caribbean.

In 1966, New Orleans District Attorney, Jim Garrison, investigated the part that Banister, Oswald and Ferrie played in the President's assassination.
However, long before that, Bannister's life had disintegrated with a broken marriage and alcohol abuse and he died of coronary thrombosis on June 6, 1964.