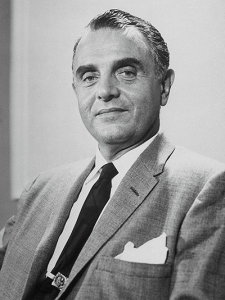 Born on April 17, 1911 in what is now Belarus, being raised and educated in Poland, De Mohrenschildt emigrated to the US in 1938. He found various employment in New York, including selling perfume, insurance and working for the Shumaker Company. It is believed that he was recruited by the OSS (Office of Strategic Services) as a counter-intelligence agent during WWII. The OSS was disbanded after the war, when the emerging nations developed their own intelligence agencies.
Allen Dulles also worked for the OSS.

De Mohrenschildt moved to Louisiana and worked briefly for Humble Oil (of which Prescott Bush is claimed as a co-founder), then traveled to Mexico, where he met his first wife.
After divorcing a year later he obtained a master's degree in petroleum geology; he spent time in Colorado and shared a brief business with his nephew (and ex room mate of George W H Bush) Eddie Hooker.
As a consultant, he traveled extensively, including Cuba.
De Mohrenschildt was introduced to Lee and Marina Oswald at a party in 1962 and helped Lee Oswald secure employment at Jaggars-Chiles-Stovall in Dallas.
He moved in political circles which included Clint Murchison, H L Hunt and George W H Bush.

In February, 1963, he introduced the Oswalds to Ruth Paine who offered a room for the couple to rent. Marina moved in with their daughter while Lee Oswald stayed at another address in Dallas. Ruth Paine found Lee Oswald a job at the School Book Depository, through a random remark made by a friend.
In June 1963 De Mohrenschildt and his wife moved to Haiti.
There are conflicting details in De Mohrenschildt's confessions and statements regarding his part 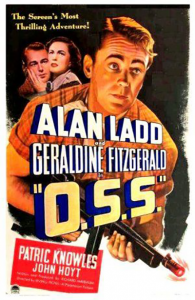 and that of his 'friend', Lee Oswald in the plotting of the assassination.

He returned from Haiti to be questioned by the Warren committee.
By the late seventies, De Mohrenschildt had become paranoid about being watched by either the CIA or FBI and wrote a personal letter to George H L Bush.
On March 29, 1977, he had been contacted by an investigator, acting on behalf of the House Select Committee on Assassinations, but by the end of that same day, George De Mohrenschildt was found dead from a self-inflicted gunshot wound to the head.

On the day that De Mohrenschildt died, Charles Nicoletti received three bullets in the head as he waited in his car outside a restaurant in Northlake, Illinois.
Like de Morenschildt, Nicoletti had also been called to appear before the House Select Committee on Assassinations