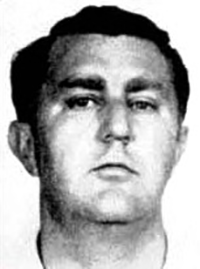 Born in 1912 and raised in Chicago Yaras followed a family tradition of criminal activities and grew up with associates such as Lenny Patrick and Jack Ruby.

He was a skilled hitman, involved (yet not convicted) in many murders, including that of Bugsy Siegel in Las Vegas. One arrest in 1947 was for the murder of James M Ragen, manager of Continental Press. The company ran a wire service, which the Mafia considered essential to their control of the racing circuit gambling network. Carlos Marcello, in particular, had experienced resistance from Ragen.
Although Yaras had been arrested as the prime suspect,, witnesses conveniently disappeared or were murdered. The charges were eventually dropped.

During the fifties, he helped set up and run gambling operations in Cuba, on behalf of the mob.

In November, 1963, Jack Ruby called Bobby Baker, who at that time was a hoodlum sidekick of Jimmy Hoffa. (Baker went on to depose Hoffa and take over running the Teamsters.) Yaras then received a call from Baker shortly before the assassination.

Two of his sons also lost their lives through mob-related activities.