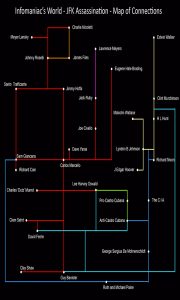 Even Sherlock Holmes would be perplexed by the volumes of so-called facts and evidence related the the death of John F Kennedy. 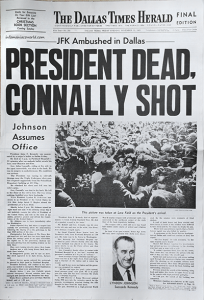 The key to the mystery was dropped into a muddy pool in 1963, since then, almost every word written on the subject stirs the mud, allowing the key to sink even further out of reach.

What we read is largely hearsay and conjecture, but repeat it enough and it becomes fact.
It must be remembered that having an article or a book published can generate a huge income, therefore, every word must be read with an element of skepticism. Can we believe the deathbed confessions and incredible revelations from friends and relatives of those who were involved in the subsequent investigations?

We have attempted to ignore and strip back much of the so-called evidence and highlight the most credible connections and coincidences, of which there are many.

If nothing else, we offer a brief, easy to navigate, mobile friendly insight into the minefield of speculation that has inspired many of the conspiracy theories.

Our unique Map of Connections should help with your navigation.