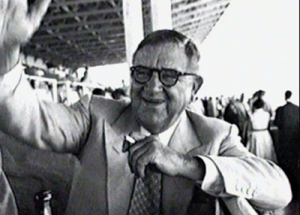 Born on April 11, in Dallas, Texas, Murchison worked for a while in his father's bank and married Anne Morris in 1920, raising three sons. Anne died in 1926 and he married Virginia Long, seventeen years later.

He served as a first lieutenant in the US Army in World War One and on leaving, entered into oil speculation with his friend Sid Richardson. By the time he reached thirty, his fortune had grow to over $5,000,000.
Over the following decades his business interests extended overseas and into other areas such as ranching, banking, insurance, publishing and more. 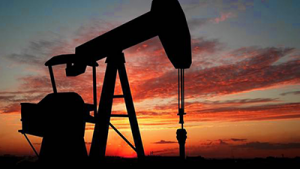 Murchison was a staunch supporter of the oil depletion allowance, a tax loophole offering generous incentives to the Texas oilmen.
Through mutual interests, friendships developed with H L Hunt and Lyndon Johnson and he became a prime financial supporter of Johnson's political campaigns.
In pursuit of his interest in horse racing and with

Richardson as his partner, he purchased and transformed the Del Charro Hotel in La Jolla, California.
The hotel was frequented by guests such as Santo Trafficante, Carlos Marcello, Meyer Lansky, Johnny Roselli, Sam Giancana, John Connally,Lyndon Johnson, Richard Nixon and Edgar J Hoover with his partner and FBI colleague, Clyde Tolson.
Murchison and Richardson gained control of the nearby Del Mar Racetrack where Hoover was set up with his own box.
Some of Murchison's other financial deals involved Vito Genovese, Carlos Marcello and other Mafia figures.