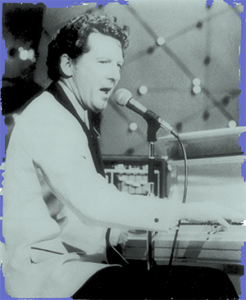 The 'Killer' of rock and roll was born into a poor family on September 29th, 1935 in Ferriday, Louisiana. His earliest influences were the local Gospel choirs and musicians such as Jimmie Rogers, Hank Williams, Moon Mullican and Al Jolson. His interest in music was evident from an early age, developing into a talented pianist. His parents encouraged this, mortgaging the family home in order to buy his first piano at the age of ten. In just a few years, his skill developed enough for him to entertain friends and family and to play in public with a local country band. While his father encouraged his musical talent, his mother was more concerned with his spiritual wellbeing, enrolling him into the Southwest Bible Institute in Waxahatchie, Texas. His enthusiasm for fundamentalist Christianity became evident when he was caught playing a hymn in a boogie woogie 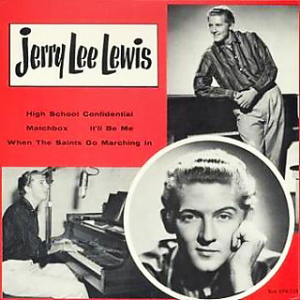 style and swiftly expelled. On returning home he gigged in various bars and clubs around Louisiana, Mississippi and Texas, gaining a reputation and following for his unusual style. In 1956, his father funded a trip to Memphis in order for him to audition at the Sun Record Company. A demo record set him up as a studio session pianist, he can be heard on several recordings by Carl Perkins and Billy Lee Riley as well as being part of the Million Dollar Quartet with Carl Perkins, Elvis Presley and Johnny Cash. He married Dorothy Barton in 1955 at the age of 15, before the divorce was through, he married his second wife, Jane Mitchum just over a year later. that marriage lasted four years and produced two children. His recording career and popularity soared and peaked from 1956 to 1961. At the age of twenty two he married Myra Gale Brown, his thirteen year old cousin. Although stating that she was older, the publicity that ensued almost ruined him. They were together for thirteen years and produced two children. 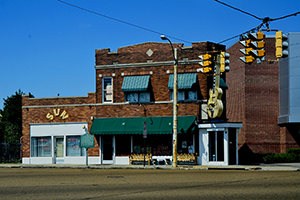 His fourth marriage was to Jaren Elizabeth Gunn Pate and ran from from October 1971 up to her death in a friend's swimming pool on June 8, 1982, Divorce proceedings had commenced just prior to the accident. Wife number five was the ill-fated Michelle Stephens and lasted less than three months. She was 25 years old and there were  allegations of fights between them and accusations that Lewis was possibly responsible for her death. His sixth marriage was on April 24, 1984 to twenty one year old Kerrie McCarver and survived for 20 years, ending in 2004. She was ten years old when she first met and fell in love with him. Wife number seven was Judith Brown, with a ceremony on March 9, 2012. Lewis is a survivor, emerging from years of drug and alcohol abuse he has returned to the stage as one of the few remaining stars of his generation, continuing to tour and entertain thousands of fans. Over the first fifty years of his career, there were twenty two albums and forty seven singles released.