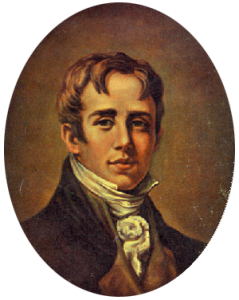 James Butler Bonham was born on February 20, 1807 in Saluda, South Carolina, the second cousin and just six months older than William B. Travis. As a college student, having led a protest against the poor quality food on offer, but having been expelled he went on to study and practice law. In 1831, he found himself in court, being accused of assault for having caned an opposing lawyer for insulting a female client. However, after insulting the judge,Bonham was sentenced to 90 days for contempt. In 1832, learning of the Texans plight following the Mexican Revolution, and no doubt, receiving news from his second cousin, William B. Travis, Bonham felt compelled to help and join in with the developing Texas fight for independence. When South Carolina prepared for battle against the US federal government, over a disagreement on taxation (the nullification crisis), Bonham achieved the rank of lieutenant colonel, while he also had the rank of captain in a Charleston artillery company. While maintaining his law practice in Montgomery, Alabama, Bonham increased his activities in support of the rebelling Texans, leading a delegation to declare support for General Sam Houston. 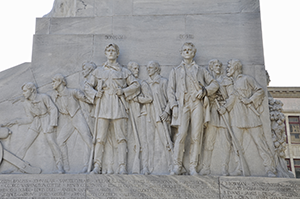 He gave up his law practice and with a group of like-minded volunteers, known as the Mobile Grays, headed out to Texas in October, 1835. He volunteered his services, without remuneration, to Sam Houston in a letter on December 1. Acting as a courier for Houston, with the rank of Lieutenant in the Texas Army, he ran messages between Goliad and San Antonio. Bonham would have heard Colonel James C. Neill's request for more troops to help protect the Alamo in early January, and no doubt, requested to assist. Bonham arrived at the Alamo on or around, January 19, along with Jim Bowie. On February 16 or 17, shortly after Neill left the Alamo, passing command to Travis and Bowie, Bonham was asked by Travis to ride to Goliad with a request for Fannin to come to the aid of the Alamo. This was 12 days before Santa Anna arrived with his 1,500 strong army. Fannin had been forced to retreat and could not help Travis. Bonham returned with the bad news. He was sent out again at the end of February with a similar request to Robert McAlpin Williamson, and returned to the Alamo, moving stealthily through the Mexican army on March 3, knowing that it would be his last ride. The message from Williamson stated that help was on its way, but of course, it was too late. Santa Anna staged the attack on the Alamo on March 6. It is believed that Bonham was manning a canon in or atop the Alamo chapel when he died.