Named after the State Governor Huey P Long, Huey Newton was born on February 17th, 1942 in Monroe, Louisiana. His parents moved him, at the age of three, along with his six older siblings to Oakland, California.

He graduated in 1959 and was often in trouble with the police. Determine to educate himself, he learned to read and then moved on to study left wing politics and law.

In 1965, inspired by Malcolm X and a desire to be more than just proactive in the Civil Rights Movement, he formed the Black Panther Party with fellow Merritt College student, Bobby Seale. They began with an ideology based upon left-wing politics and giving African Americans the right of self-defense. 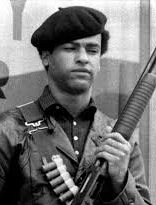 In 1967 he served a 6 month prison sentence for a stabbing, but shortly after his release he was involved in a firearms incident where a police officer was killed. His conviction for involuntary manslaughter was followed by an appeal and two mistrials. Eventually, the charges were dropped.

The Black Panther Party received international fame and just like other large organizations built on revolutionary ideals, it suffered from its own internal politics.

During the mid seventies Newton was to stand trial for murder and assault charges, but absconded to Cuba for two years. On retuning to face trial in 1977, a failed assassination 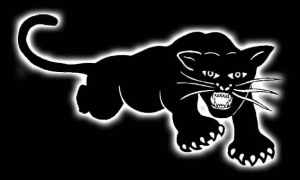 attempt on the key witness caused them to withhold their testimony and the charges were eventually dropped. A further investigation was carried out into the attempted murder of the witness, when an associate of Newton was killed, but this came to nothing.

The Black Panther Party that he founded, split into various factions over the years and on August 22nd, 1989 a member of the Black Guerrilla Party, shot and killed him in an area of West Oakland where he once offered food to poor black children.

His legend goes on to inspire guide others, with the emergence of Black Lives Matter.