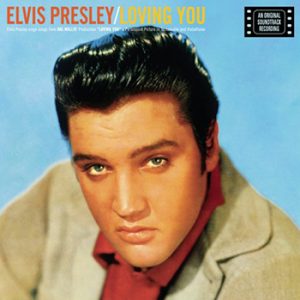 Elvis Aaron Presley was born in Tupelo, Mississippi on January 8, 1935. His older twin brother was still born. His parents, Gladys and Vernon, raised him as a well-mannered, Christian, attending the Assembly of God church.
He embarked on his singing career at the age of ten, at a local fair. On his eleventh birthday he was given a guitar and received tutoring from friends and relatives. Just over a year later he made his radio debut.

He moved, with his family, to Memphis in 1948 and struggled with fitting into his new school. His musical talent was not recognized by his teachers and he survived as an outsider. Over the following years he watched other musicians, visiting the clubs of Beale Street and learning from his contemporaries, mostly blues or country music. His appearance on a local minstrel talent show, revealed the other side of Presley to his teachers and classmates, earning their respect.

Working as a truck driver by day and attempting to launch a singing career at night was tough on him. 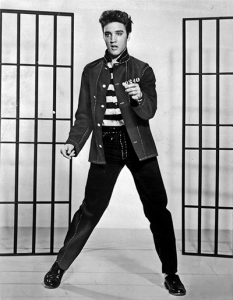 Rejection and indifference haunted him until Sam Phillips realized that the young man who had cut a couple of discs for his own use, just might have something worth working on. Phillips had been looking for a voice and a certain sound that would sell black music to a white audience. Then on July 5, 1954 towards the end of an unfruitful recording session in Sun Studios, Memphis, Presley launched into Arthur Crudup's That's All Right. The song was recorded by Sam Philips, with a copy being sent to DJ Dewey Phillips and on the success of that, a single was released and a Rock'n'Roll legend was born.

Radio stations struggled to classify the music genre, referring to it as rockabilly, a combination of rock and hillbilly. By 1955 his career had blossomed and he teamed up with Colonel Tom Parker and continued touring and recording. His recording contract with Sun was signed over to RCA, for which he recorded Heartbreak Hotel in January 1956. This was followed by his first solo No1 album and a movie contract with Paramount Pictures. Love Me Tender was a box office hit and a year later Elvis was drafted into the US Army. His Mother, Gladys, died that same year and he met his future wife, Priscilla Beaulieu.

On leaving the army in 1960, he picked up his career and continued with numerous hit singles, albums and more movies. such as GI Blues. He continued recording music and acting in such films as Blue Hawaii (1961), Girls! Girls! Girls! (1962) and Viva Las Vegas (1964). 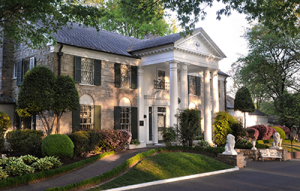 He married Priscilla in 1967 and their daughter, Lisa Marie, was born the following year. However, after infidelities on both sides they divorced in 1973. Added to this, Presley was addicted to prescription drugs,

He performed for the first time at the International Hotel in Las Vegas in 1969, and continued over the following seven years with 837 sold out concerts in front of over 2.5 million fans. His popularity continued with the fist half of the seventies witnessing some of his best performances.

Ironically, he had always resisted the readily available access to drink and drugs, yet the increased reliance on prescription drugs, over the last few years of his life, would have the same serious consequences.

His death from heart failure at the age of 42, on the morning of August 16, 1977 shocked the world, with another wave of Elvis hysteria. Fans wept while his life and the events leading to his death were debated and dissected by the media over the following months.

Always remembered as the King of Rock 'n' Roll with three dozen number one singles, twenty one number one albums and 33 movies.

His body lies in the Meditation Garden at Graceland.