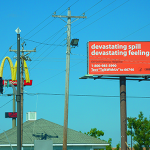 One of the greatest environmental disasters of our time is taking place in and around the Mississippi Delta. Land is disappearing at the rate of. 40 square miles per year. If this loss is not stemmed, some coastal areas will recede by over 30 miles, losing valuable natural resources and habitat.

Human intervention, changing the natural course of the rivers in order to settle and cultivate the land over the last few centuries is the prime cause. Levees have been built in order to protect towns and cities but they prevent the natural deposits of silt, which created the Delta over thousands of years. Industrial pollution and the unharnessed exploration of gas and oil have contributed further to the destruction over recent years. The 2011 Deepwater Horizon disaster did not help.
If the erosion is not reversed, it is estimated that between 500 and 700 square miles of land will disappear over the next 50 years.

This coastal boundary is essential for the cities, ports and industries along the coast, offering some protection from devastating 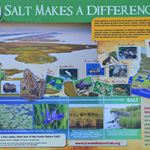 hurricanes such as Katrina. It is also home to some unique wildlife and a migratory resting place for over five million birds.

There are various projects and agencies such as the Louisiana Coastal Protection and Restoration Authority, the Environment Protection Agency, the U.S. Fish & Wildlife Service and the Nature Conservancy working to repair and protect all aspects of this fragile environment.

An underwater salt cavern has partially collapsed under Bayou Corne, swallowing several acres of swampland, the caverns are a result of salt mining and can have depths of more than a mile underground. The extent of further sinking is unknown. 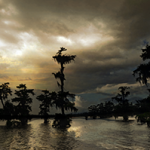 The Gulf of Mexico has been host to some of America's greatest natural disasters. The name Katrina will remain in the memories and history books of Louisianans for decades to come. Other hurricanes have been equally devastating, although less documented. The fragile ecology of the Gulf Coast is particularly vulnerable.

The climate is semi tropical, with mild winters and hot, sultry summers. The Spring and Autumn seasons can be particularly pleasant with afternoon showers and thunderstorms more common in the summer months.

The annual rainfall for Louisiana is around 20 inches greater than the American national average.

Hurricanes and tropical storms have ripped into the southern areas of the state for millions of years, reshaping the landscape, 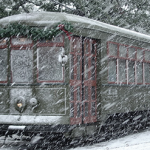 destroying habitat and claiming thousands of lives.
Extensive deforestation and industrialization of the area has left the natural infrastructure frail and vulnerable to these storms.
For many people living along the exposed coastal areas, storms such as Ike and Katrina irrevocably changed their lives, destroying their homes and employment opportunities, forcing them to relocate inland.
However, the northern state boundary nudges into tornado alley and these frequent twisters, because of the hills, tend to arrive suddenly, causing havoc and destroying homes and lives.

The frost season runs December through February, although northern counties will experience this for a longer period.

Snowfall is not uncommon, with the northern counties recording up to an inch.

With higher temperatures and rainfall the growing season in the south can stretch 230 to 290 days a year, whereas in the north of the state this is only 210 to 230 days, but with lower risk of hurricanes.