The Alamo Siege and Battle 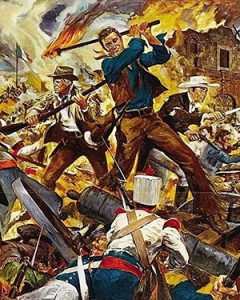 Our timeline of the Alamo story, covers the most commonly documented incidents, yet the facts and fiction relating to last days and final battle of March 6, tend to merge into one, with the added embellishment of heroic deeds. As there were few Texan witnesses and only a handful of Mexican accounts that can be believed, the real story might never be told.
We all need heroes and unsubstantiated versions of events, which in any way tarnish the heroes of the Alamo, will forever be shunned by the masses, regardless of their possible accuracy.
The events documented on this site follow the general consensus of accepted facts.

Once the Mexican army had left the fortified mission, Lieutenant Colonel James C. Neill, assumed command of the army garrison on December 21, 1835.
With around 100 men, Neill set about reinforcing weak areas of the fortifications and requested extra troops and supplies.
Jim Bowie arrived to evaluate the fort at some point between January 17 and 19, 1836, along with around 30 men, including Major James Bonham. Against Sam Houston's opinion that the Alamo must be destroyed, Bowie recommended that it should be occupied, and began working with Neill. William B. Travis arrived on February 3, with 29 men.
Responding to the call from Neill, Davy Crockett arrived on February 8, with roughly 30 men. 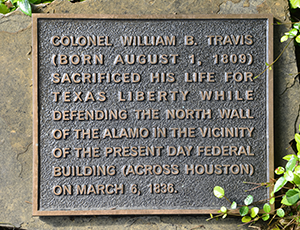 Neil left the fort on February 11, due to a serious family illness, leaving command with Travis.
The volunteers refused to take orders from Travis and a row ensued between him and Bowie.
Neill returned briefly on February 14, placing Travis in command of all military personnel and Bowie in charge of the rest.
Bonham, rode out from the fort on February 16 or 17, seeking help from the garrison at Bexar.
Santa Anna arrived on February 23, demanding surrender from the Alamo garrison. They replied with cannon fire.
February 24, marked the first full day of the siege. Bowie was taken ill and confined to his bed and Travis wrote his victory or death letter, addressed to The people of Texas and all Americans in the world. The Mexican troupes repositioned their cannons around the fort in preparation for an assault.
On February 25, Juan Seguin and Antonio Cruz left the Alamo with another request for help.
Having set out towards the Alamo, Colonel Fannin encountered difficulties and word of Mexican troupes heading to Goliad a few days later.
Bonham reached Fannin and then rode on to Bexar. Receiving news that there was no immediate help available, he turned back to the Alamo, riding through the gates on March 3. 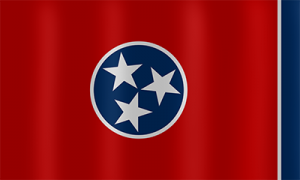 Several of Fannin's men set out to join the Alamo and possibly around 50 reached the fort. Santa Anna received more troops, bringing the number to nearly 2,500.
Mexican bombardment continued, weakening the walls of the fort. By the evening of March 5, Santa Anna had moved his batteries close enough for a full assault.
The Mexican army attacked the fort at sunrise on March 6, waking many of the sleeping Texans. The first two assaults failed to breach the walls, but on the third, the Texans were forced to pull back and engage in hand to hand fighting as the Mexican soldiers poured in. Many Mexicans were killed by their own comrades as orders were given to fire. Travis was killed earlier in the battle, manning the wall. Bowie, perished as he lay ill in his bed, firing at his attackers. All but a few, including women, children and a few servants were spared.
It is possible that five or seven men were captured and either executed or hacked to death. Some speculation suggests that Crockett was one of these, but there is no conclusive proof.
The bodies of the slain Texans were burned.
It is estimated that just over 200 men died defending the Alamo and over 600 Mexican soldiers perished.